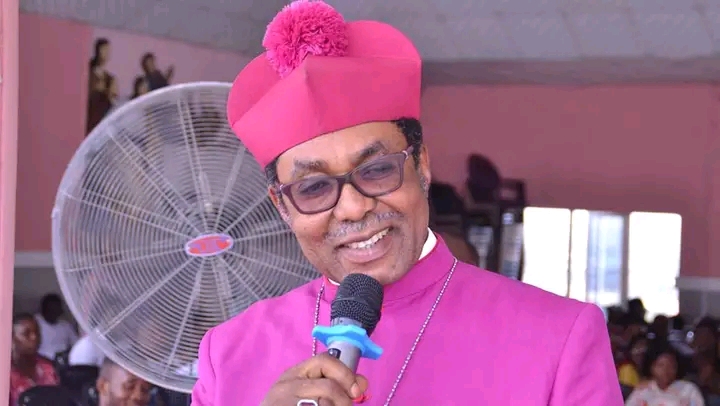 The Archbishop of the Enugu Ecclesiastical Province, Church of Nigeria (Anglican Communion), Most Rev. Emmanuel Chukwuma, has lambasted President Muhammadu Buhari and his government for the unimaginable level of insecurity in the country.

Chukwuma, who spoke while addressing a pre-Synod press conference in Enugu State on Tuesday, queried the sincerity of the nation’s security agencies in the fight against terrorism and other violent activities in the country.

While lamenting the current wave of Islamic terrorists’ attacks on churches without security agencies stopping them, he noted that there was no part of the country that had not witnessed various acts of terrorism.

He said, “Many Nigerian students are still in captivity years after being abducted by terrorists. Activities of killer herdsmen are causing serious famine in a country that depends so much on agriculture. Since these attacks on communities and farm settlements, the productivity has been on a downward spiral.

“It’s unfortunate that the Muhammadu Buhari administration has not done enough to protect Nigerians. Under his administration, we have witnessed unprecedented number of deaths, not seen in any administration ever in Nigeria.”

Chukwuma, however, regretted that the Kaduna-bound train attack should have spurred the government and security agencies to sit up but instead the situation had become worse.

“How can we have battalions of soldiers in Nigeria and yet terrorism continues to fester? Our armed forces and other security agencies are not doing much. There’s no sincerity in their war against terrorism.

“If Nigerian government could easily arrest Nnamdi Kanu in Kenya, why is it difficult to catch terrorists, bandits and kidnappers who dwell and operate in Nigeria?”

He said the peace and security of Nigerians and Nigeria as a united entity is threatened by the menace of banditry and kidnappings for ransom.
While urging the federal government to step up actions to protect Nigerians and their communities, Chukwuma called on Nigerian youths to prepare to take a decisive decision during the 2023 election to place the country on the part of peace and prosperity.

“Nigerians have endured and borne enough of abject poverty. They have been taken too much for granted by bad leaders.

“Nigerians should be prepared not to make the mistake of the past by coming out in their numbers to change the course of history and bring the country back from the precipice. I’m happy with the zeal with which the youths are registering for PVC.

“Today our country, richly endowed with both human and material resources is occupying the unenviable position of the world’s capital of poverty due to our inability as a nation to harness and manage our resources for the common good,” he said.