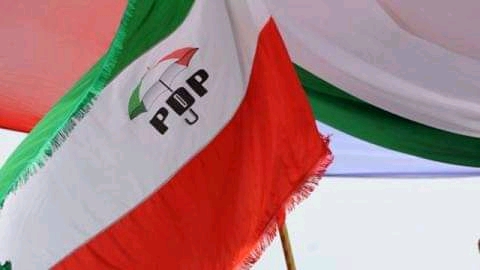 The Peoples Democratic Party (PDP) has thrown its presidential ticket open for the 2023 election open.

This means the party has abandoned zoning, an issue that had been a major topic of discourse in recent times, with many southerners opining that the Presidency should be zoned to the South in 2023.

The decision, Hotmedia.ng reliably gathered, was reached during a meeting on Tuesday of the 37-man committee set up by the party to decide the zone to get its presidential ticket for next year’s election.

The committee headed by the governor of Benue State, Samuel Ortom, was set up on March 17 to find an amicable solution to the issue of zoning.

The party had been divided between leaving its presidential ticket for aspirants from all regions of the country to contest or ceding it to the South as a mark of fairness considering that President Muhammadu Buhari of the All Progressives Congress, who is a Northerner, would have completed two terms of four years each by May 2023.

The situation was further aggravated by the announcement made by the ruling party, All Progressives Congress, on February 22, 2022, that it had ceded its presidential ticket to the South.

This caused further divisions among PDP stakeholders, some of who believed that anything short of zoning the ticket to the South would be an injustice.

But in what appears like a confirmation that the PDP may have finally bowed to pressure and zoned the ticket to the South, a former Publicity Secretary of the PDP, Olisa Metuh, on Tuesday in a Facebook post thanked the party leadership for electing reasoning over sentiment by taking the decision.

However, a source told Hotmedia.ng that the “party has thrown the ticket open”.
The source added that the zoning committee considered that a decision had to be reached urgently “for the sake of presidential aspirants too”.
When contacted by our correspondent over the issue, National Publicity Secretary of the PDP, Debo Ologunagba, disclosed that it was quite premature to know the decision of the committee as he was not a member.

He went on to say that the decision of the committee will first be ratified by the party’s National Working Committee before a National Executive Committee will sanction it.

According to him, it was after all those processes had been fulfilled that the party would make a formal announcement of its decision as regards zoning of its presidential ticket.

“There is a lot of process that must be fulfilled before any decision can be made public,” he said.

There are currently 13 candidates in the race for the party’s presidential ticket.