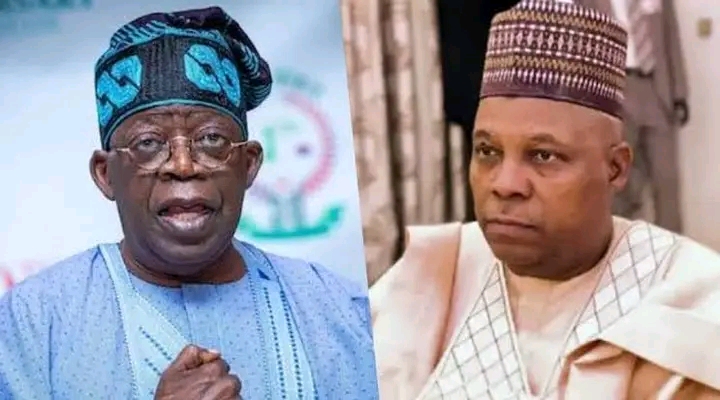 The leaders in a joint statement agreed to adopt a presidential candidate that had national appeal and sense of equity to defeat the Muslim-Muslim ticket adopted by the APC despite the public outcry.

There is growing indication that ahead of the 2023 general elections and as issue of same faith Muslim-Muslim ticket continues to worsen, northern Christian leaders in the ruling All Progressives Congress and Northern Muslim political leaders may dump the party and adopt other presidential candidates.

The leaders in a joint statement agreed to adopt a presidential candidate that had national appeal and sense of equity to defeat the Muslim-Muslim ticket adopted by the APC despite the public outcry.

They noted that voting along religious lines in the 2023 general election may trigger negative consequences that would lead to the destruction of the country.

The APC Northern Christian leaders, led by a former Speaker of the House of Representatives, Yakubu Dogara; and a former Secretary to the Government of the Federation, Babachir Lawal, agreed to focus on issues that unite them as a people rather than encouraging attacks on sensitive religious issues in the name of politics.

The resolutions were contained in a communiqué jointly signed by Dogara and a former deputy governor of Sokoto State and ex-Minister of Water Resources during the administration of President Olusegun Obasanjo, Mukhari Shagari, after a consultative meeting held in Abuja on Saturday .

The communiqué partly read, “The APC Northern Christian leaders have, in line with their communiqué issued on July 29, 2022, met with some Muslim brothers and sisters across the 19 northern states and the FCT and resolved as follows:

“That we have agreed to work together to foster unity, peace, and national cohesion.

“To work together and jointly adopt a pan-Nigerian political platform that will engender unity, inclusiveness, and a sense of belonging among the Nigerian citizenry.

“Conscious of the multi-ethnic, multi-religious, and multi-cultural configuration of Nigeria, we believe that a same-faith ticket and voting along religious lines may trigger dangerous dimensions of negative consequences among our disparate peoples in ways that will hamper nation-building.

“Consequently, we have agreed to channel our energies on matters that unite us more as a people instead of encouraging attacks on sensitive issues bothering religion in the name of politics.

“Given the above, we have agreed to set up a committee with the mandate to fashion out strategies for advancing the objectives outlined in this resolution.”