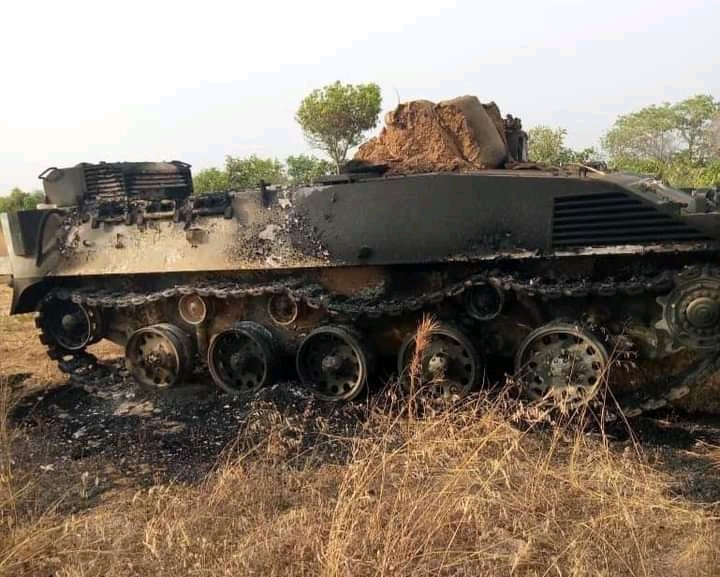 At least 11 soldiers were killed after some terrorists locally dubbed as bandits raided a Nigerian military base in Polwire village in Birnin Gwari Local Government Area of Kaduna State.

A source who disclosed this to the media said the incident occurred on Monday.

He said the bandits came in large numbers on motorcycles and engaged the troops in a battle that lasted for two hours before dislodging them.

Three members of the Kaduna Vigilante Group were also killed during the attack.

On Monday, the media had reported that the terrorists also stormed villages across Kagarko and Kachia Local Government Areas of Kaduna State.

They killed no fewer than 17 residents in the four communities after abducting 22 others around Angwar Ma’aji in Jere, Kagarko LGA.

Jere, which shares a boundary with Tafa-Sabon-Wuse in Niger State, is located on the ever-busy Abuja-Kaduna highway.

A resident of Angwar Maji, Shehu Bala, who confirmed the latest attacks, had said the incident happened around 11pm on Sunday.

He said the bandits, who came in large numbers, invaded some houses and whisked away 22 residents, including five women.