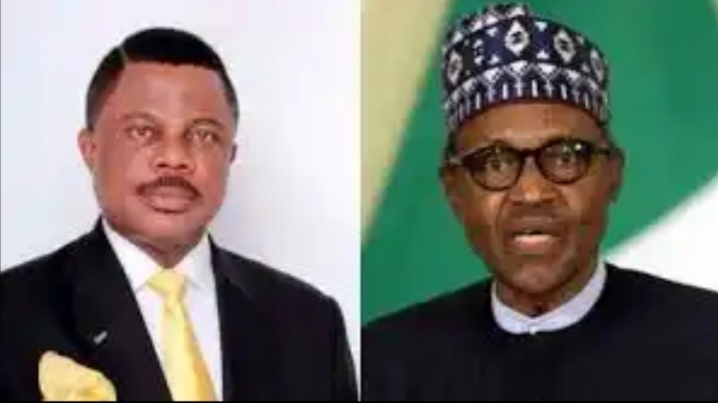 Governor Willie Obiano of Anambra State has praised President Muhamadu Buhari for making the November 6 gubernatorial election in the state which ended with the supplementary vote last Tuesday free and fair.

Governor Obiano made the commendation in a telephone conversation with the Nigerian leader in the late hours of Wednesday.

In a statement signed by C. Don Adinuba, Commissioner for Information & Public Enlightenment.

“You have, once again, behaved like a statesman in truth and spirit”, Chief Obiano told President Buhari.

“You have pledged that a tradition of free and fair elections will be a legacy of your administration, and the Anambra election which took place in a free, fair and transparent manner is the latest example of your commitment to making this pledge a reality”.

The All Progressives Grand Alliance (APGA) candidate, Professor Chukwuma Charles Soludo who is a former Central Bank of Nigeria governor, overwhelmingly won the gubernatorial vote in which 18 candidates participated, including Valentine Ozigbo of the Peoples Democratic Party (PDP) and Senator Andy Uba of the All Progressives Congress (APC).

Governor Obiano described as statesmanlike President Buahri’s strong opposition to the move by members of his own political party to postpone the governorship election and to impose emergency rule on Anambra State purportedly for security reasons whereas elections have been held successfully in the last two years in parts of the Federation with far more serious security challenges than Anambra State.

“The result is that this election has become the freest and fairest in the history of our dear state”, he declared.

“All this goes a long way to inspire confidence in the Nigerian possibility”.