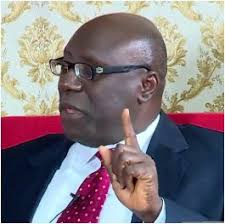 Ihiala has the distinction of being the only local government area in Anambra State where the supplementary gubernatorial election will hold on Tuesday, November 9. Its people have a chance to make history. Not by voting like most other local government areas in the November 6 governorship election but by delivering at least 90% of the vote to the best candidate to lead the emergence of a greater Anambra State, which, with time, will become Africa’s Taiwan. Such overwhelming support will strengthen the hands of Ihiala people and their leaders to negotiate skilfully with the incoming governor who is fortunately a world-class material.

The signs are positive enough. Everyone knows where the two House of Assembly members from the local government area belong. We all know where the lone House of Representatives member from there belongs. Good a thing that all stakeholders from the area have already endorsed the best candidate in this election, with some assisting him with resources.

Ihiala Local Government Area cast more votes for the reelection of Governor Willie Obiano in November, 2017, more than any other LGA in the Anambra South Senatorial zone. Therefore, the voting pattern this time is easily predictable. What most people can’t predict now is the margin of victory.
The Independent National Electoral Commission (INEC) leadership itself is determined to make the election transparent enough. The INEC officers who went to work in Ihiala LGA last Saturday and compromised the integrity of the electoral process by being in cahoots with discredited politicians from the area have been removed; a new set will conduct the vote and will be watched very closely by even well-trained intelligence officers. One of the compromised INEC officers, Paul Okolocha, the Electoral Officer, was arrested by the police and the video of the arrest went viral within minutes. He had accepted a result written by a controversial politician and his cohorts, promising to submit it into the system.

Okolocha, an indigene of Enugwu Ukwu in Njikoka Local Government Area, was capitalizing on the ignorance and avarice of these terrible politicians to swindle them of a stupendous amount. The new electronic machines would not have accepted the fake result submitted by agents of Senator Andy Uba of the All Progressives Congress (APC). INEC has deployed a state of the art technology in the Anambra election to fight fake results. With the Bimodal voter authentication system (BVAS), the face and fingerprints of every voter must be verified, authenticated and the result electronically transmitted. Still, these old politicians are likely to attempt tomorrow to smuggle fake results into the system because of their old habits founded on fraud. They did so last Saturday in Abatete, Idemili North Local Government Area, with serious consequences for APC members.

It is reassuring that adequate security will be provided for the supplementary election in Ihiala LGA, up to the level of last Saturday which will make it difficult for criminals to operate. A free, fair and transparent election is a cardinal democratic requirement.

The Ihiala people and their leaders have a date with destiny tomorrow. They will come out in large numbers to give at least 90 per cent of their considerable vote to the best candidate in the November gubernatorial race in Anambra State to the delight of the rest of the state and to the glory of God. Let our LGA make history by being the area which gave the best candidate the highest percentage of votes in this momentous election which will change the history of Anambra State forever.

May God bless Anambra State, the Light of the Nation.

Read Also : Breaking: Soludo Wins 17 Out Of 19 LGAs In Anambra Governorship Election, No Result For 2 LGAs