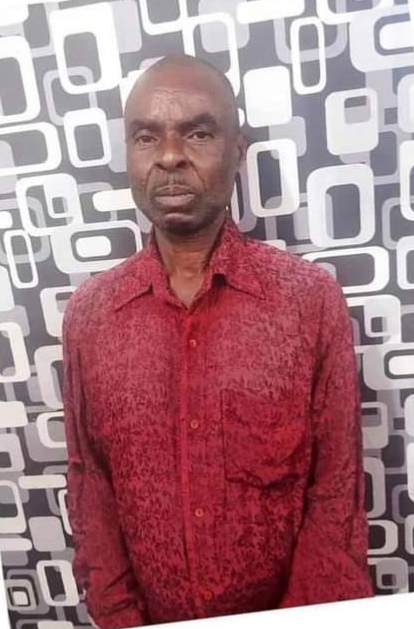 Read Also : “How A Catholic Priest Almost Raped Me At 22” – Georgina Onuoha.

According to the command’s spokesman, Abimbola Oyeyemi, the suspect was arrested on Friday, April 2, following a report lodged at Itele Ota divisional headquarters by the victim.

The girl had reported at the police station that her father had been abusing her sexually since when she was seven years. She added that this has been going on for the past five years, and when she can no longer bear it, she decided to complain to the police.

Upon the report, the DPO of Itele-Ota division, CSP Monday Unoegbe, was said to have detailed his detectives to the scene where the suspect was promptly arrested.

Read Also :Photos Of A Girl Found Dead In A Drainage System In Enugu

“On interrogation, Williams Akpan confessed to the commission of the crime, claiming that his wife is appearing too old, and she is no longer looking attractive to him,” Oyeyemi said.