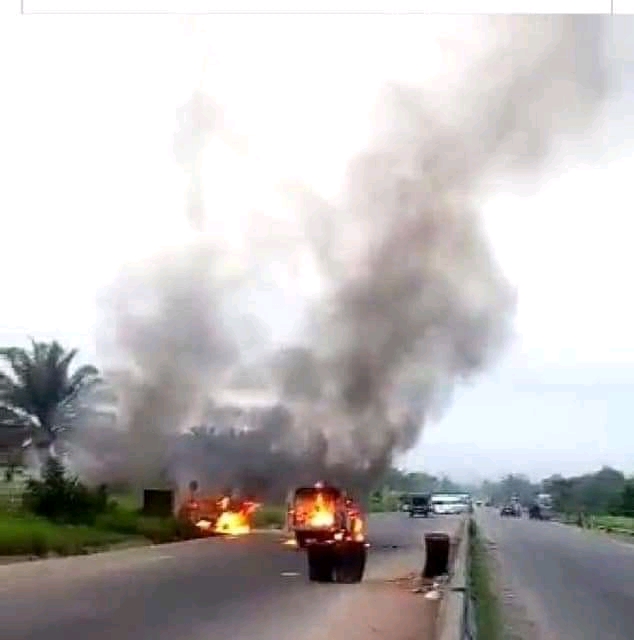 According to Channels TV monitor by Hotmedia.ng correspondent the officers were shot dead on Monday night at a checkpoint in Dogon-Gawa community located in Takum Local Government Area of Taraba State.

Chairman of Takum Local Government Area, Shiban Tikari who confirmed the incident said the colleagues of the deceased police officers went to a nearby town to get foodstuff for all of them before the gunmen struck.

”This is indeed unfortunate and uncalled for. They came on motorcycles, opened fire on the two police officers unexpectedly, killed them, and took away their rifles.

“The two police officers that were killed were left by their colleagues to man the checkpoint who went to a nearby town to get foodstuff for all of them.

“The gunmen came on motorcycles, they open fire on the two policemen, killed them, and took away their rifles.

“This has caused tension, but I have tried my best to calm the situation down,” he said.

The council chairman however revealed that the bandits usually disguise in special joint tax force uniforms to commit such heinous crime.

The police public relations officer David Misal when contacted by Channels Television said the state command is yet to get any information regarding the attack for now but promises to give more details as soon as possible.