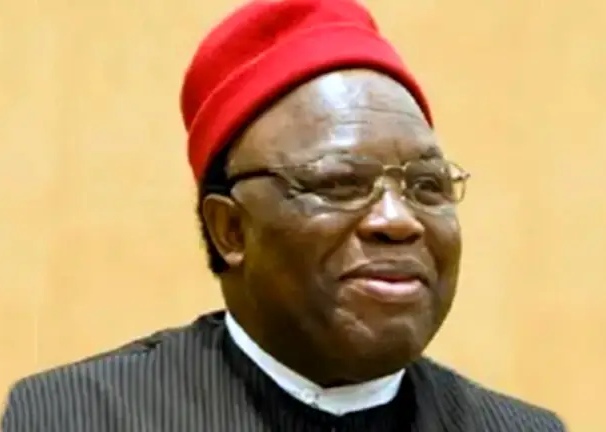 The statement reads, “On behalf of the government and people of Imo state, I, Sen Hope Uzodimma, the Executive Governor of Imo state, sorrowfuly  announce the passage of a great Son of Imo state and Nigeria, the President General of ohanaeze Ndigbo, worldwide, Prof George OBIOZOR.

“A renowned academic, an exceptional diplomat and statesman and a tenacious patriot, Prof George Obiozor  passed on recently after a brief illness.

The death of this foremost Igbo leader and former NIGERIA’S ambassador to the United States and the State of Israel, is a big loss to Imo state, the South East and the entire Nigeria. I have no doubt that both Nigeria and the international community will miss his profound intellectual contributions and wise counsel on national and global issues.

According to the reports, the 80-year-old retired diplomat from Awo-Omanma in the Oru East Local Government Area of Imo State was said to have been sick for a while and out of circulation.

“Reacting to the aforementioned report, the National Publicity Secretary of the group, Dr. Alex Ogbonnia, in a phone coversation with our correspondent revealed that Obiozor is very much alive.

“May his great and gentle soul rest in peace.”

According to the statement by the state government, his burial arrangements will be announced in due course by the family.