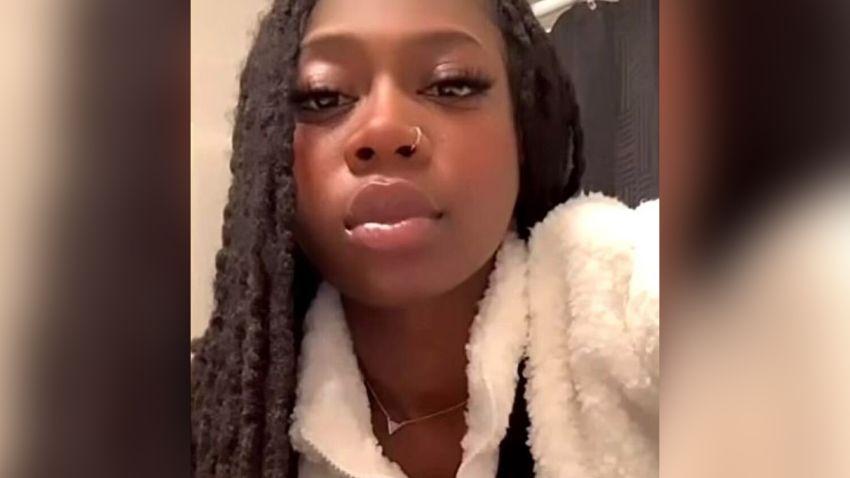 Anndel Taylor, 22, was found dead over the holiday weekend in Buffalo after being trapped in her car by the blizzard that slammed western New York, her family told our correspondent on Tuesday.

Woman sent family video of blizzard conditions. She was later found dead
A 22-year-old woman was found dead over the holiday weekend in Buffalo after being trapped in her car by the blizzard paralyzing western New York, her family told Our correspondent on Tuesday.

Anndel Taylor, who had moved to Buffalo, New York, from Charlotte, North Carolina, was driving home from work at a senior citizen center and was only six minutes away by car from her house when she became stranded, said relatives who live in Charlotte and who became frantic when they lost touch with her.

Tomeshia Brown, one of Taylor’s older sisters, says that Taylor sent a video to a group chat with her sisters at around 3 p.m. on Friday. In the video, Taylor captured the snow and whiteout conditions. She told her sisters who live in North Carolina that she was stuck and the snow kept falling, Brown said.

Fordham Avenue, center, and the 1901 Pan-American Exposition neighborhood of Buffalo is coated in a blanket of snow after the blizzard, Tuesday, December 27, 2022.

Crews work to clear snow-covered roads for emergency responders in Buffalo after storm that left 31 dead in area
Taylor called 911 and was waiting for first responders, Brown and Wanda Brown Steele, Hotmedia.ng gathered.

“Her plan was to wait until the police got there,” her sister said, but if that failed, she planned to “get up and walk once her car ran out of gas.” She also said she planned to go to sleep and then try to walk home once she woke up if help did not arrive.

Her family said they kept in touch with Taylor as the day dragged on. At one point, Taylor texted one of her other sisters separately to say that she was starting to panic, Brown added.

In the very early hours of Christmas Eve, Taylor would send her last video message to the group chat. In the video, Taylor cracks open the driver’s side window of her car, revealing a road turned into a barren wasteland by the snow. A van down the road, which appears to be stuck, can be seen flashing its hazard lights. Taylor wrote in the group chat that she thought the snow would probably be up to her waist if she got out of her car.

Later that morning, at around 9 a.m. on Christmas Eve, members of her family in North Carolina called and sent her multiple messages. “We texted her in the group to ask, ‘Are you OK?’” Brown said. The family was alarmed when Taylor was not responding.

Sha’Kyra Aughtry with Joe White.
Buffalo woman saves man with severe frostbite after getting him out of the storm and pleading for help in a Facebook livestream
“Maybe two hours later, my sister tracked her phone,” Brown said. “She [Taylor] must’ve shared her location with my sister. And it showed that she was still outside.”

The family alerted Taylor’s relatives in Buffalo to the address, but once they arrived, they said they saw Brown’s car, but did not see her inside.

“So I put the info on a private Facebook page called Buffalo Blizzard 2022 and asked for help,” Brown said. She posted the address of the tracked phone and later that evening, she got a phone call from an unnamed man. “He let us know he checked her pulse and there was no pulse,” Brown said.

“I really didn’t believe it,” she said. “It was like a piercing feeling in my stomach, a pain I’ve never felt before.

It would not be until the next day that Taylor’s body was removed from the car, Brown said, after a woman sent a message on Facebook to let Brown know that she had also located the car – and her sister’s body.

The woman told the family in Charlotte that she would not leave until someone came to pick her up.

With emergency personnel unable to reach the car, the woman waited until Taylor’s relatives who live in Buffalo arrived. They all helped move Taylor’s body into another vehicle, where she was taken to the hospital, Brown said.

After leaving multiple voicemail messages through the course of the holiday weekend, the family in Charlotte heard back from authorities on Monday evening. They were calling to let them know they were ready to go to rescue Taylor, Brown said. The Brown family informed them that Taylor’s body had already been transported to the hospital the day before.

“I want to get to the bottom of why the city was unable to help,” Brown Steele told our correspondent.

People and vehicles move about Main St. in Buffalo, Monday, December 26, 2022, after a massive snow storm blanketed the city.

Snow-inundated Buffalo faces more challenges in the aftermath of storm that left 31 dead in area
Erie County Executive Mark Poloncarz says Poppy Harlow on  This Morning” on Monday that two-thirds of the equipment that was dispatched to help clear snow during the height of the storm got stuck.

Poloncarz added that a historian with the Buffalo Fire Department said this was the first time in the agency’s history that personnel could not respond to emergency calls because the severity of the conditions wouldn’t allow it. .

Erie County officials said on Tuesday that the county had restored its emergency response service, but they were still begging residents to abide by Buffalo’s travel ban and stay off the roads.

Our correspondent has contacted the Buffalo Police Department for further details.

As of Tuesday evening, Taylor’s family in Charlotte has yet to learn the official cause of Taylor’s death, Brown said.

Taylor was described by her sister as “a caring and nurturing person. She hustled a lot, she cared about a lot of people,” her sister said.

“If she could help, she would help you,” her mother said. “She had a lot of friends here in Charlotte – a lot of people cared about her.”

“Anndel was taken from this world far too soon, and words cannot begin to express the heartache and pain her loved ones feel during this difficult time,” Lyles’ statement reads. “This was a devastating storm that brought tremendous tragedy, and our community here in Charlotte mourns with her family.”

Her family set up a GoFundMe campaign to pay for her funeral services.

Taylor would have turned 23 next month, Brown said.