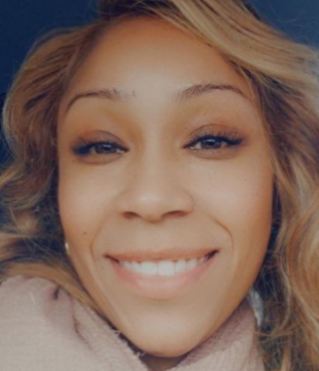 After killing his mother, the child proceeded to log into her amazon account the next day and bought an Oculus Virtual Reality headset for himself.

A10-year-old boy in the United States allegedly shot his mother to death over her refusal to purchase Oculus virtual reality headset on Amazon.

After killing his mother, the child proceeded to log into her amazon account the next day and bought an Oculus Virtual Reality headset for himself.

According to the New York Post, the boy was charged with first-degree homicide and is being held in a juvenile detention facility.

The media outlet said he told his elder sister about the incident and claimed he was twirling the weapon around his finger when it went off.

The 26-year-old sister reported the case to the police but relatives questioned his story, which he later confessed to the police that he pointed the gun at his mother.

The 10-year-old boy’s aunt claimed he told her that he pointed the weapon at his mom and shot her in the face.

“I’m really sorry for what happened. I’m sorry for killing my mom,” the boy’s statement read, according to the aunt.

Relatives told authorities that the 10-year-old son has a history of disturbing behaviour, which included an incident where he swung his puppy by its tail when he was just age four. 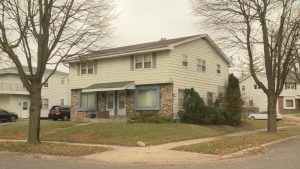 They also claimed that he caused an explosion six months ago, when he set a balloon containing a flammable liquid on fire.

The relatives said the boy had told them he hears imaginary voices.

During interviews with the police, he told them he aimed the gun at his mom and tried shooting into the wall to “scare her,” but it struck her when she walked in front of him.

He told investigators that he got the gun from the lock box because his mom woke him up early at 6:00 a.m. instead of 6:30 a.m, adding that she wouldn’t purchase his favourite headset on Amazon.

The 10-year-old boy has been charged as an adult with first-degree reckless homicide, he will be appearing at Center in Milwaukee on December 7.

The legal representative of the boy, Angela Cunningham, said she was still gathering information about the case.

“This is an absolute family tragedy. I don’t think anybody would deny or disagree with that. The adult system is absolutely ill-equipped to address the needs of a 10-year-old child,” Ms Cunningham said.

A therapist who had been meeting with the boy gave him a “concerning diagnosis,” the sister said per the complaint. No further details on the diagnosis were detailed.

The mother had also placed cameras in the home to watch him. Two weeks ago, before the shooting, the sister learned from her mother that someone had unplugged the cameras, the complaint said.

Police also interviewed other family members, including an aunt of the boy who told police he “never cried and showed no remorse” about his mother’s death.

The morning after the shooting, on Nov. 22, the boy logged on to his mother’s Amazon account and ordered an Oculus Virtual Reality Headset, his sister told investigators.

The same morning, his aunt took him to his grandmother’s house to meet with Child Protective Services workers.

The affidavit said that when he arrived, he saw his grandmother crying and “stated without any empathy or compassion: ‘I’m really sorry for what happened. I’m sorry for killing my mom.’”

After he apologized for killing his mother, “he then asked if his Amazon package arrived.”

The boy made his initial court appearance Friday, and a cash bond of $50,000 was set, online court records show. His next status hearing is set for Wednesday.

If he is convicted, he faces a maximum of 60 years in prison. NBC News has asked the boy’s lawyer for comment.