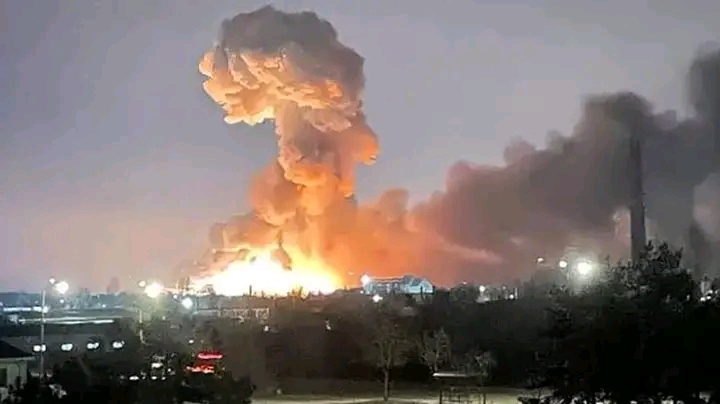 According to Washington Post, the blasts are prompting several officials to issue air-defence alerts and urge residents to shelter.

A series of blasts reportedly shook central Kyiv on Monday morning, after months of relative calm in the capital city, in the central Shevchenkivskyi district, in what seemed to be a reprisal for the attack on a strategic Crimean bridge over the weekend.

According to Washington Post, the blasts are prompting several officials to issue air-defence alerts and urge residents to shelter.

Lesia Vasylenko, a member of the Ukrainian parliament, posted a photo on Twitter showing at least one explosion near the main building of the Kiev National University in central Kiev.

The spokesman for the Kiev Emergency Service told the AP that there were deaths and injuries. Rescue workers are now working in several locations, Svitlana Vodolaga said.

The number of victims is not yet known.

The explosions were heard by AP journalists and appeared to be the result of rocket attacks. Also on Monday morning, Associated Press journalists reported hearing explosions in the center of the town of Dnipro.

Recent fighting has centered on regions just north of Crimea, including Zaporizhzhya, where six missiles were launched Saturday night from Russian-occupied territories in the Zaporizhzhya region.

Russian President Vladimir Putin on Sunday called the attack that damaged the massive bridge connecting Russia with the annexed Crimea region “an act of terrorism” planned by Ukrainian special forces.