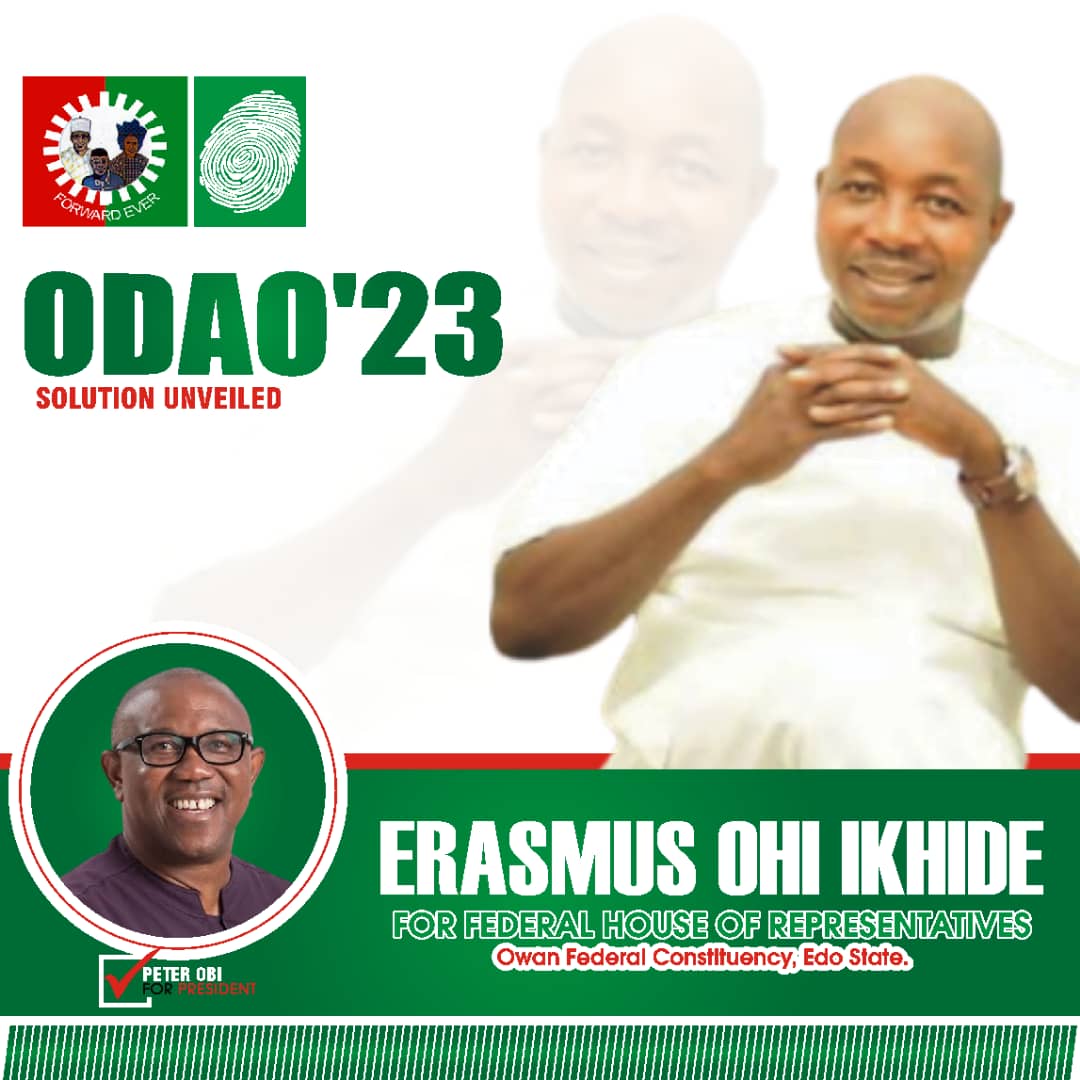 The Young Mandate Group felicitates with Nigeria and Nigerians on the auspicious occasion of the nation’s sixty two years independence anniversary, urging the youths and women to be resolute in their quests to take the country’s future back in 2023 general elections.

The group powering Comrade Erasmus Ohi Ikhide’s campaign organisation for Owan Federal Constituency under the Labour Party (LP) urged the nation’s citizens to stand firm against oppression and repressive tendencies of the old order that prioritises personal ambitions over and above collective survival.

“We urge Nigerian citizens across board to remain undaunted in the face of calamitous government of the APC that has crashed the nation’s ship of progress and made unemployment, starvation, darkness, insecurity the new normal.

“Owan people are set to liberate themselves from the shackles and manacles of a make-believe hogwash of a representation from a man who spend his entire allotted time in the National Assembly selling chicken and rice for his wife in Abuja while other are making laws towards the elevate their constituents.

“This day is reassuringly historical for our teaming jobless youths considering the fact that the Obidient Movement under the leadership of the Labour Party is staging peaceful rallies across the vast swathes of the countryside to send the signal to the old political vampires that their time is over”, the statement reads.