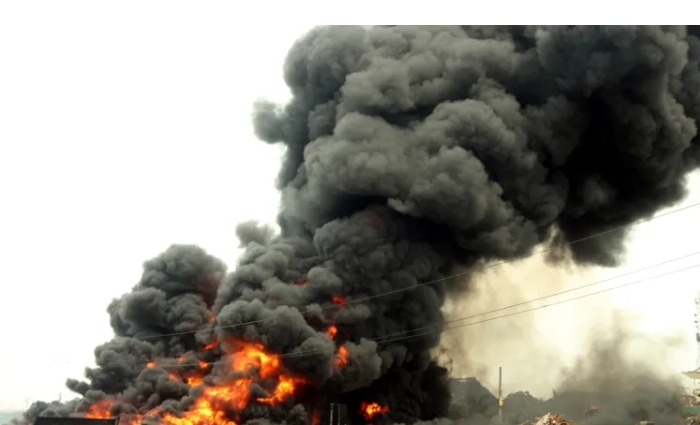 There was anxiety in parts of Lokoja, Kogi State on Tuesday following a loud explosion heard on the premises housing the office of the Secretary to the Kogi State Government, Dr. Folashade Arike Ayoade.

According to the report, the incident occurred early hours of Tuesday.
There have been several incidents of bomb blasts in the state.

Recall that on June 3, a bomb blast in the Idoji area of Okene Local Government Area of the state killed a resident and injured others.

As explosion on Tuesday rocked Lokoja the Kogi State capital causing palpable fears and panic among the people.

Hotmedia.ng gathered that the loud explosion occurred around 8:30 am and was heard on the premises of the State Ministry of Local Government and Chieftaincy Affairs.

The premises also housed the office of the Secretary to the Kogi State Government, State Ministry of Women Affairs, and Kogi Printing Press.

Though there was no injury or loss of life, the loud explosion scared workers who were already in their offices preparing for the day’s job.

When our correspondent contacted on phone, the Commissioner of Police in the state, Edward Egbuka, confirmed the explosion.

“We were informed of a package that looked like a bomb left on the premises by an unknown person and I immediately deployed the bomb disposal unit there to assess the object,” the CP stated.

“The object was immediately blown up; the explosion you heard was the handwork of our bomb disposing unit brought about by their efforts to blow up the object.”

The police commissioner said that investigation has also commenced ascertaining what the object was and who left it there.