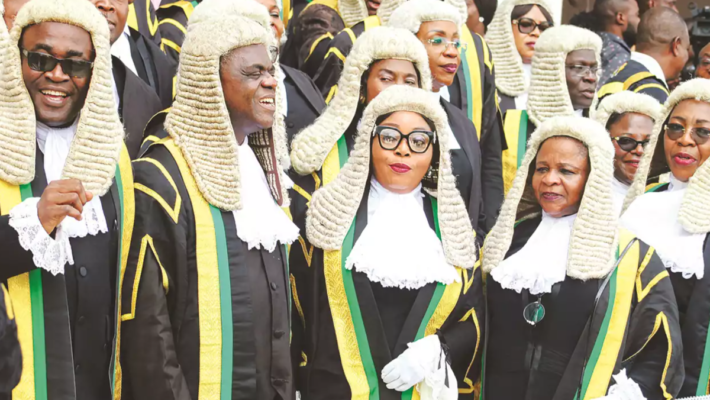 The justices and judges currently earn about N3 million and below as their minimum monthly salaries.

Delivering judgment, Justice Osatohanmwen Obaseki-Osaghae, directed the National Assembly (NASS), the Revenue Mobilisation Allocation and Fiscal Commission ( RMAFC), Attorney-General of the Federation & Minister of Justice ( AGF) and National Judicial Commission ( NJC), to comply with the directive of the court to ensure immediate compliance with its order.

The court held that by the combined interpretation of provision of section 4 (1) (2) of the 1999 constitution as amended and the first schedule of 6 (1b) of the RMAFC Act 2004, that the first and second defendants did not have the power to neglect, by failing to perform their constitutional and statutory duties of reviewing judges’ salaries since 2008.

Ms Obaseki-Osaghae further declared the act as unconstitutional and said that the current salaries of judges was embarrassingly too low given the present socio-economic realities and other factors such as the value of naira against the currencies of some countries.

She further made an order of mandatory injunction compelling all the defendants to forthwith, put in place or activate legal and administrative machinery to begin payment to the justices.

She said a minimum monthly salary of N9 million should be paid to the President and Justices of the Court of Appeal.

The court also ordered a minimum monthly salary of N8 million for the Chief Judge of Federal High Court, and N7 million for each of the justices of the same court

As for the president of the National Industrial Court and each of the judges of the same court, a minimum monthly salary of N8 million and N7 million respectively, was ordered by the court

The court ordered that the Chief Judge of each State High Court and each judge of the same court, should be paid a minimum monthly salary of N7 million.

The judge in addition stated that the Chief Judge of the FCT minimum monthly salary should be N8 million and N7 million for each judge of the same court.

As for the Grand Khadi of Sharia Court and the Khadi of the Sharia Court of Appeal of the FCT, the court said that a minimum monthly salary of N8 million and N7 million should be their take home pay.

The court as part of its decision ordered that the president of the Customary Court of Appeal of the FCT minimum monthly salary should be pegged at N8 million and N7 million for each judge of the same court.

The court also made an order of mandatory injunction compelling the second defendant, RMAFC or any other body that will be subsequently charged with the duties to reviewing judges’ salaries, to perpetually review in conjunction with the the third defendant, on a yearly or two years review of judges’ salaries.

The judge further ordered the first, second and third defendants to pay the claimant the sum of N500,000 each.

Regarding the issues of locus standi, lack of jurisdiction of the court, non-joinder of the right party and failure of the claimant not serving pre-action notice as raised by NASS and the AGF in their preliminary objections.

The court also held that any individual can institute a suit that is of public interest to challenge an averment to any constitutional and statutory provisions.

The suit instituted via originating summon on May 4, by Sebastien Hon, a Senior Advocate of Nigeria, sought for an upward review of judges’ salaries.

In his statement of fact, the claimant stated that he instituted the suit as he was aspiring to be appointed either as a justice of the Supreme Court or of the Court of Appeal or at least a judge of the High Court.

He affirmed that the current salaries and allowances paid to the justices and judges of these courts is too poor for him, given the current socio-economic realities.

The justices and judges currently earn about N3 million and below as their minimum monthly salaries.