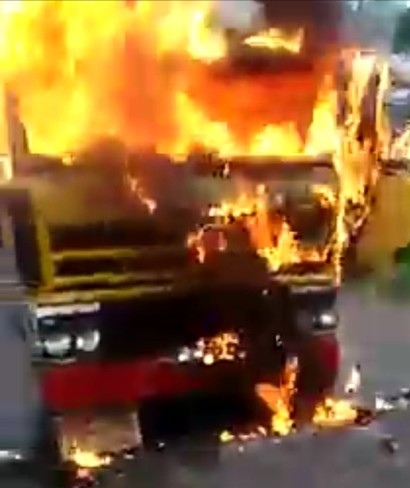 It was gathered that the incident happened in Uga, a town in Aguata Local Government Area of Anambra State.

An eyewitness who video the incident said although no one lost his/her life in the incident but many people were injured.

He said the truck was occupied by Hausa people who were conveying cows to the state.