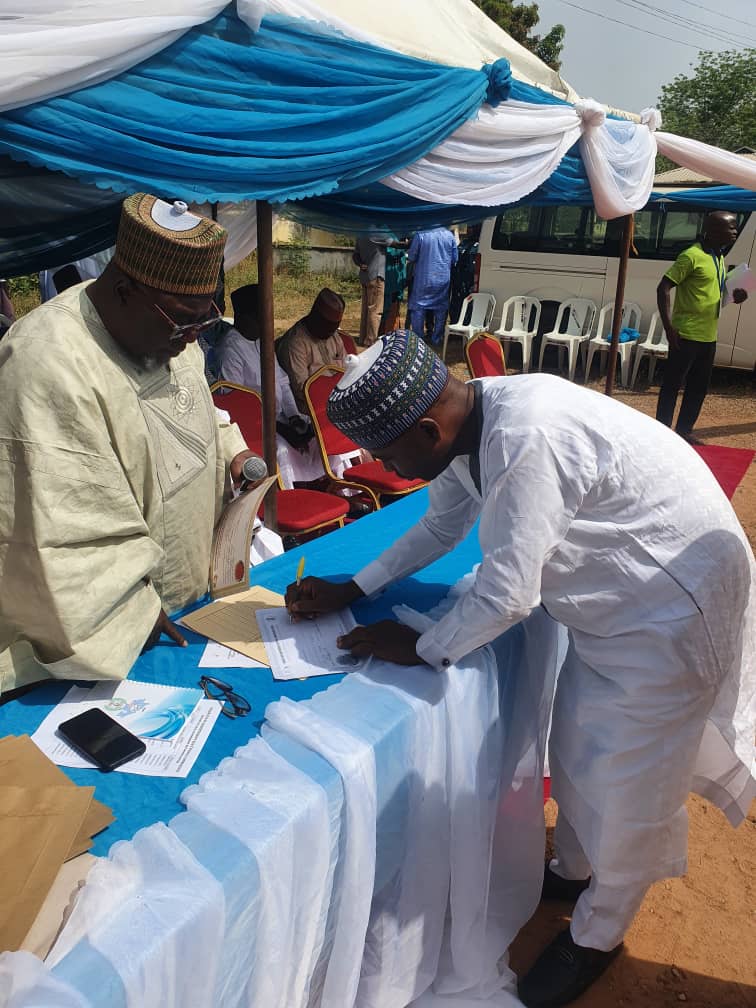 Comr. Muregi who was declared winner after been massively voted for by the good people of Mokwa Local Government in the just concluded Council elections was one amongst several others who received their certificates today.

While the official inauguration is slated for next month, Comr Muregi is enjoined by the commission to start putting mechanisms in place including working hand in hand with his predecessor in other to achieve smooth transition.

Read Also : Chairman-Elect Of Mokwa LGA: Hon. Muregi Says It Is A Victory For The People

Comr. Muregi who will be succeeding Hon. Yahaya Abubakar Sheti in coming weeks will be proceeding to seeking the blessings of Stakeholders, party leaders, men and women who have all contributed to make today a reality.