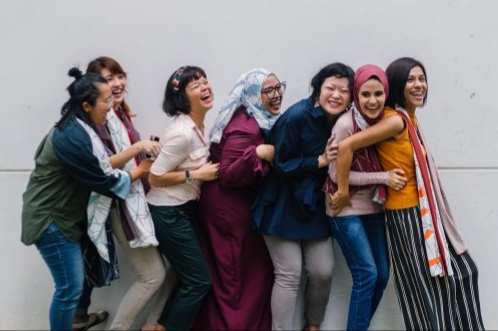 ….Why the gap will keep widening…

Unlike in biblical times when men lived to be hundreds of years old and the women were left far behind in the biogical age race, the tables have been turned today as the men are now trailing the women.

In Nigeria, the average life expectancy at birth in 2021 was 54.69 years according to the World Bank. This equaled 59 years for men and 63 years for women. The World Health Organisation, WHO, is less optimistic, as it puts the average life expectancy in Nigeria over the same period at around 54.5 years, with men living an average of 53.7 years and women living an average of 55.4 years.

From both data, the women outlive the men who have an average lifespan below the national average. This is not particularly surprising because data from previous UN projections show that even before independence in 1960, women had always lived longer than men in Nigeria. It may sound surprising, but the facts are there. Women, even with the comparative disadvantage of their reproductive life cycle, tend to live longer and healthier lives than men.

But generally, life expectancy at birth in Nigeria is now the lowest in West Africa and among the lowest in Africa and in the world as a whole. For a number of reasons, the average Nigerian is not living for long or living well when compared to several other African countries such as Algeria, Tunisia, Kenya, Ghana and Ethiopia, all of which have better life expectancies.

Why is this so? Saturday Vanguard gathered that a combination of factors ranging from a high burden of communicable, non-communicable and preventable illnesses are responsible. Also in the complex equation are illiteracy, corruption, poverty, high rate of crime and insecurity, high unemployment rate, stress, and harsh living conditions, among the host of the causes of low life expectancy ratio and the untimely death ratio.

Granted, lifestyles have changed over the years, and life expectancy is also changing – rising slowly but steadily year after year. But one thing that has not changed is the gender gap. Men and women are living longer, but year after year, decade after decade; women continue to live longer than men. In fact, the gender gap is wider now than it was a century ago.

This gender gap is not unique to Nigeria. In fact, every country with reliable health statistics reports that women live longer than men. Nevertheless, women appear to be coping better globally than men at staying alive, so it is not unusual that Nigerian women outlive the men, because all over the world, women live longer on average, whether in Africa, America, Europe, or Asia.

On average, women live four or five more years than men, and the reasons may not be too farfetched. Not only do men die at a faster rate than women, but men also die younger. Men are more burdened by lifetime illness than women. On average, a man falls ill at a younger age and has more chronic illnesses than a woman.

Even the experts agree when it comes to why women live longer than men. Marcia Stefanick, a professor at Stanford University School of Medicine, agreed that even though researchers know “men and women age differently,” they are still “kind of guessing how.”

A publication in the Wall Street Journal points out that some of the factors could be behavioral. Women are more health-seeking than men, even into old age. David Sinclair, co-director of Harvard Medical School’s Paul F. Glenn Centre for Biology of Aging Research notes that genetic and biological differences are significant.

When the blood of men and women between the ages of 65 and 95, was examined, NirBarzilai, director of the Institute for Aging Research at the Albert Einstein College of Medicine, found that men’s protein levels changed significantly at higher rates than women’s did, indicating that the female biology seems to be more stable than men’s.

A neuroscience professor at Georgetown University, Michael Ullman also found that a person’s sex might influence the ability to recall basic things such as events or where they left their car keys. Ullman posited that both men and women scored comparably on a memory test involving image recollection—until age 70 when a “significant female advantage emerged.”

He also established that the positive effects of education on memory ability were more pronounced in women than men. According to him, “the sex difference was really striking”. Another study found that, after the age of 65, men lose antibody-producing B cells in their blood—but women didn’t experience the same loss. The researchers also found that men experienced greater blood inflammation as they aged.

The differences in sex hormones are one such advantage. Women produce more estrogen and less testosterone. Estrogen is a female sex hormone that provides protection against cardiovascular diseases, while high levels of testosterone have been linked to an increased risk of diseases, such as endometrial and breast cancer in women and prostate cancer in men. Nature has endowed women with natural advantages over men and from studies, women have additional years of life, on average when exposed to the same conditions as men.

Women are thus able to cope with certain genetically transmitted. Men, with just a single X chromosome, lack this advantage. This biological advantage gives women, on average, just under a year of longer life expectancy when they are young adults compared with men. Even among infants in settings with particularly high mortality rates, such as famines and epidemics, baby girls have higher survival rates than baby boys.

Men are generally more risk takers. Men smoke cigarettes and drink alcohol more often than women, and are often engaged in competitive, reckless, and dangerous activities more than women, hence accidental death rate is higher in men. Young men due to fights and wars, are more likely to be killed, lowering their chances to survive into old age than women. The World Bank data shows that 35 percent of men in the world smoke compared with 6 percent of women.

A woman is 33 percent more likely to visit a doctor, excluding pregnancy-related care, than a man. Also women are more hygienic than men. A woman is more likely to wash her hands after using the toilet, and before eating. But women don’t have all the biological advantages, because they experience high blood pressure earlier and at a faster rate than men, according to Susan Cheng, a cardiologist at the Smidt Heart Institute at Cedars-Sinai. Women’s blood vessels also age faster than men’s. More so, women often died during childbirth. Quite surprisingly, men do not necessarily age faster than women, just that the average man grows weaker at every age than the woman.

There are more widows than widowers because women have a slower death rate, meaning that more women survive into advanced years. It is also arguable that women tend to be younger than their husbands at the time of marriage, and this increases the probability that they would survive their spouses even without the differences in longevity.

According to the Widowhood – Demography Of The Widowed – Gender, Women, and Five, a publication by Jrank, widows have been outdistancing widowers by a continually widening margin. There are no statistics for Nigeria, but, for instance, in the United States, in 1940 there were twice as many widows as widowers, but by 1990, the ratio of widows to widowers had climbed to more than 4 to 1 and the ratio has widened today. While several factors may explain the imbalanced gender ratio among the widowed, the greater longevity experienced by women than men plays a significant role.

So healthy aging is best described as the late onset of diseases and is associated with longevity, and aging is an increase in the probability of death. From the records, a man usually has a higher chance to die faster than a woman of the same age under similar circumstances. However, while men become grey and wrinkled faster than women, they can reproduce longer. Menopause cuts off a woman’s natural reproductive ability several years (even decades) before a man’s.