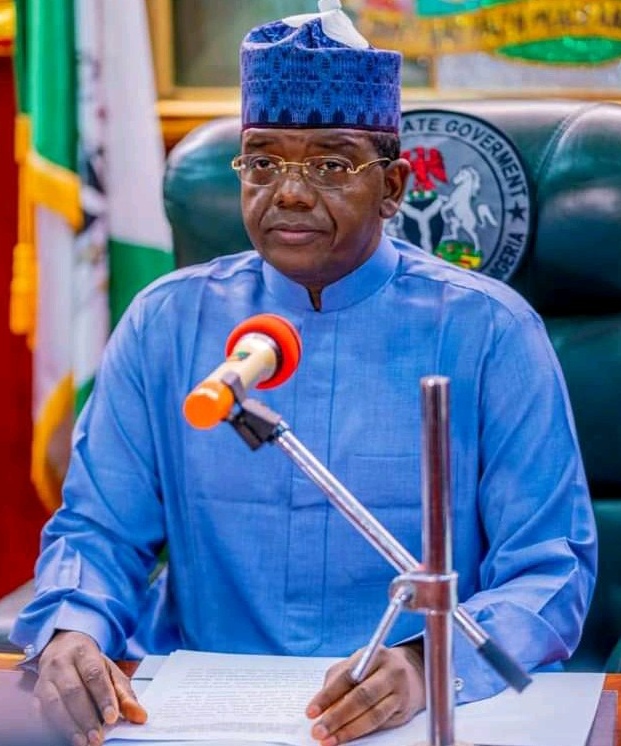 Gov. Bello Matawalle of Zamfara, has been nominated for the award of ‘Governor of the Year’

by a leading labour and youth online news platform, Aluta News, as part of activities marking its 2nd Year Anniversary.

Aluta Media Limited, Publishers of Aluta News (www.alutanews.ng), said Matawalle was nominated for the prestigious award, having scaled all the strict standards of excellence laid down by the Board of Directors of the media organisation.

According to the publisher of the premier Labour, youth and current affairs news portal, Comrade Gambo Jagindi, the assessment committee found the governor worthy of the award after taking careful stock of his performance index since he assumed leadership of Zamfara, and for being the grassroot leader in the Nigerian democratic space.

”This distinguished award is in recognition of the governor’s outstanding courage, patriotism in upholding the highest values of integrity and democratic ethics,” Jagindi said.

The Aluta News second anniversary celebration with the theme, Role of the Youth In Politics’ would hold on November 27, 2021 in Abuja, the publisher said.

”The medium has gained prominence over the years as an outfit that delivers quality and impactful news and programmes, earning us huge followership and patronage both at home and in the diaspora,” Jagindi said.

According to him, Aluta News’ core mandate is the promotion of good governance outcomes in state and non-state institutions, while also serving as a whistle blowing platform whose goal is to promote justice and fair play.

The Aluta News boss, further explained that the online news platform was a purveyor of credible information as a tool for education, and which engaged in investigative journalism.