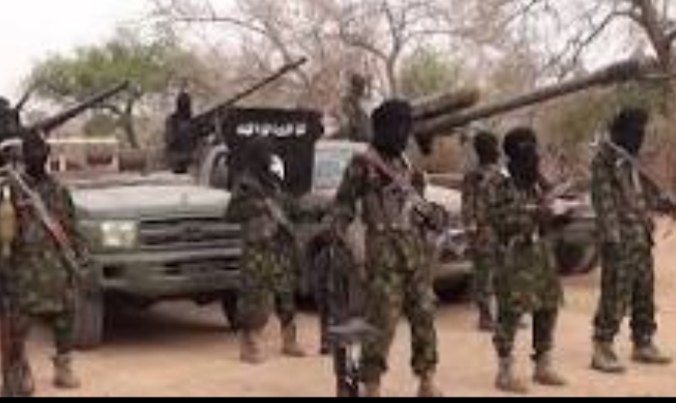 Earlier reported had that ISWAP fighters on Saturday engaged Nigerian troops at a military base in the community in a gun battle.

Some civilians had said they sighted the ISWAP fighters in a long convoy of gun trucks along Ngude axis towards Askira.

The civilians added that they reported the movement of the terrorists to security forces but no action was taken before the deadly group stormed Askira town hours later.

Hours after the incident, Director, Army Public Relations, Onyema Nwachukwu in a statement said a Brigadier General and three other soldiers were killed.

While he identified the slain senior officer as Dzarma Zirkusu, the army spokesperson was silent on the identities of the junior officers killed.

According to the group, 13 soldiers were killed when its fighters attacked troops at a military base in Askira town while four others including Brigadier General Zirkus were killed during an ambush at Bulguma, a few kilometres from Askira.

ISWAP added that it razed down the Askira army camp, a four-wheel vehicle and an armoured vehicle parked inside the base.

The militants also said another vehicle, a tank, different weapons, and ammunition were captured during the incident.

Just recently, it appointed Wali Sani Shuwaram, a 45-year-old as the new leader (Wali) of ISWAP in Lake Chad.

The sect’s membership has swollen with the defection of hundreds of Boko Haram fighters under Shekau.

The Nigerian army has repeatedly claimed that insurgency had been largely defeated and frequently underplays any losses.

The terror group has caused over 50,000 deaths and displaced millions of individuals mainly in Adamawa, Borno, and Yobe states.