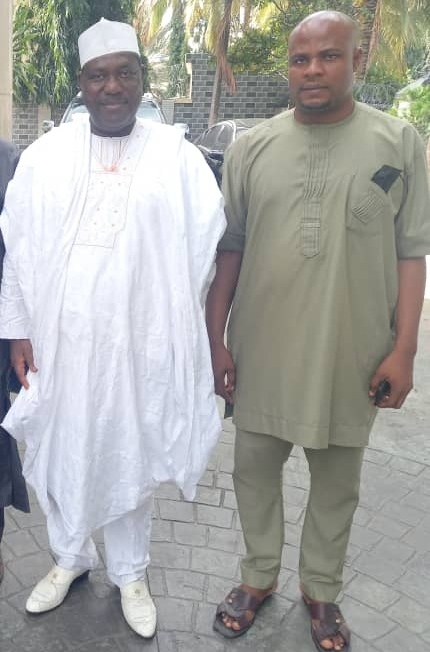 In a recent press release signed by the Secretary General and Publicity secretary, Casmir Irekamba and Comrade Chidi chilo respectively.

IYA worldwide described the Minister of Special Duties and Inter-Governmental Affairs, Senator George Akume, as the most qualified person to be the next national chairman of the All Progressives Congress (APC).

The secretary General of the group, Casmir Irekamba, stated this in Abuja while in a virtual General Assembly meeting of the Igbo Youth group.

He said Akume as a seasoned bureaucrat and having served as a two-term governor of Benue State, third -term senator, as well as serving minister, is in a better position to take over the affairs of the party from Governor Mai Mala Buni of Yobe State.

IYA Worldwide scribe, said Senator Akume possesses the top qualities required to be the next chairman of the party. The leadership qualities he would bring with him as chairman of the APC are many and inexhaustible. But there are those that are germane in leading the APC to victory as the party forges ahead.

IYA worldwide maintains that Akume understands the messages encapsulate in the constitution and ideology of the party. He as national chairman knows that his job does not include forming any policy thrust for the party, he would gladly be a liability for this.

He would hardly even be seen ruminating publicly about public policy. Akume would as chairman only be seen echoing the position of the president, who is the leader of the party. This would be a complete departure from the past where party chairmen are in conflict with the president over policy issues.

Akume as the APC chair will deliver to the party the demonstrative mastery of machine politics and proving in the process effective as a fixer-footsoldier to the party.

Mr Irekamba gave reasons for their endorsement of George Akume saying, “because of his wealth of experience as a former Governor of Benue State for 8 years, 3rd term Senator and served as minority leader in the Senate and Minister of Special Duties and Inter-Governmental Affairs, Federal Republic of Nigeria. He is the most qualified for the number one office of the APC.”

“We are calling on all APC card carrying members across the country to support George Akume ahead of the 2021 APC National Convention so that he will continue to bring more innovative ideas for the benefit of the party and Nigerians,” Casmir Irekamba added.

Nwaudunna who has contributed tremendously in youth development and nation building will be the best option for APC South-East leader.

Mr Ifeanyi Nwaudunna has been peace and bridge builder, he called Nigerians across the country to support the administration President Muhammadu Buhari as he strive to unite the nation.

President General of IYA, Ifeanyi Nwaudunna in a statement marking Nigeria’s 61 independence anniversary said time had come for groups especially the proscribed Independent People of Biafra to join hands with government to move the country forward.

Nwaudunna who expressed optimism in the development of the country said the various initiatives of the present administration especially the agriculture and food security, fight against corruption, insurgency, infrastructural development across the country were capable of redefining the future.

Read Also : 2023: Why Northern PDP Aspirants  Have No Moral Claim To PDP Ticket

He urged Nigerians to indulge in acts capable of promoting the unity, peace, and progress of the country as the people had a lot of things that kept them together.

He lauded President Muhammadu Buhari on his sterling performance and achievements so far especially on job creation, fight against corruption and insurgency including youth empowerment and agricultural revolution.

According to Nwaudunna, Many intervention and palliative loans and grants of the government in agricultural programs to boost food production. With this agricultural revolution program, many youths are making good living through agriculture”.

The leader said “youth restiveness has drastically reduced because of the social investment programs of Buhari’s administration, as several youths have been gainfully engaged through N-Power, Trader – Money, Grants and loans.

The diversity of Nigeria should be the strength and stronghold of the country because united we stand and divided we fall. We appeal to Nigerians to support Buhari’s administration and promote government policies to move Nigeria forward”, warning the “separatists and secessionists to desist from actions that pose threat to national unity, peace and progress”, kicking against “hate speech on any person or ethnicity in Nigeria, but rather indulge in the patriotic and civil programs that will move Nigeria towards progress and development.