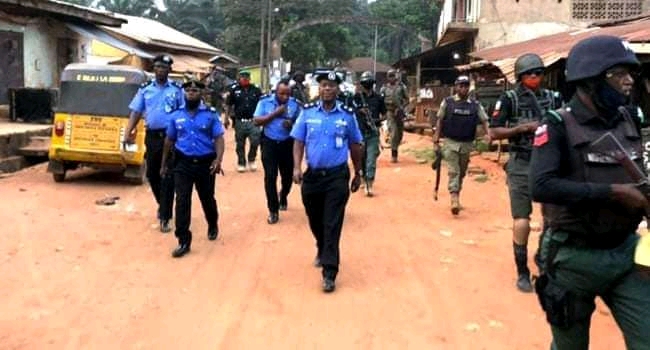 The police have arrested a suspect in connection with the attack on a former governor of the Central Bank of Nigeria (CBN), Professor Charles Soludo, in Anambra State.

Ikenga Tochukwum, who is the Police Public Relations Officer in the state, confirmed this in a statement on Thursday.

Professor Soludo, who is aspiring to contest the forthcoming governorship election in Anambra, had attended a stakeholders’ meeting with some politicians and others at the Isuofia Civic Centre in Aguata Local Government Area of the state.

While the meeting was ongoing on Wednesday evening, a group of gunmen attacked the venue and engaged the security personnel there in a gunfight.

As a result, the assailants abducted the Commissioner of Public and Utilities in the state, Emeka Ezenwanne.

Read Also : Man beats His wife To Death Because Of How She Prepared His pap

Following the incident, the Commissioner of Police in Anambra, Monday Kuryas, led a crack team of police operatives on an on-the-spot assessment to the venue.

He added that the security operatives were later confirmed dead in the hospital, and their bodies have been deposited in the mortuary.

The command’s spokesman noted that Kuryas and the police team have also visited Professor Soludo to reinforce the security in his house and Isuofia community in general.

According to him, the police commissioner condemned the incident and commiserate with the family and friends of the officers who paid the supreme price.