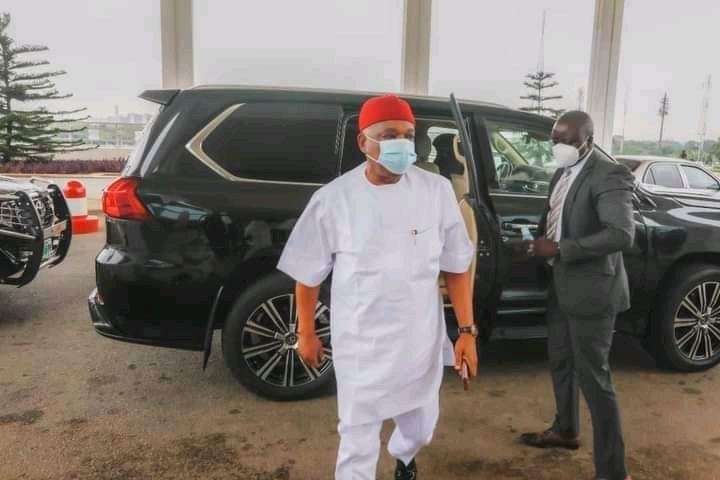 Justice Inyang Ekwo gave the order while delivering judgment in an application filed by the former governor seeking an order of the court prohibiting the EFCC from retrying him on a charge for which he had already been tried and convicted.

“An order is hereby made prohibiting the federal government through the EFCC from retrying the applicant on charge no. FHC/ABJ/CR/56/2007 since there was no order in the judgment of the Supreme Court for the retrial of Kalu,” the judge said.

Following the declaration of his interest in emerging Nigeria’s President come 2023, Some Northern Youths under the umbrella of Coalition Of Northern Nigerian Youth (CNNY) have thrown their weight behind the former Abia State governor, Orji Uzor Kalu.

Though there are indications that the national leader of the All Progressives Congress, APC, Asiwaju Bola Tinubu will also vie for the 2023 Presidency, the coalition said it would be supporting Kalu, who is also a serving Senator representing Abia North.

The Youth coalition in a statement signed by its president, Zarewa Salisu Sageer, national secretary, Abu Bature Dandume, and the regional coordinators of the group urged Kalu to contest for the 2023 Presidential election.

It was gathered that the youths expressed confidence in Kalu’s leadership acumen, capacity, dexterity and contacts to govern Nigeria.

According to the CNNY, Kalu’s personality, foresight, leadership style and experience will bring lots of development and prosperity to millions of Nigerians.

You will recall that Orji Kalu had earlier paid a private visit to former Military President, General Ibrahim Babangida and visited a former Head of State, General Abdulsalami Abubakar as part of plans to declare his interest in the Presidency.

Kalu has repeatedly intimated his interest in leading the country, which he stated in an interview.

The former Abia State governor had boasted that he has the wherewithal to handle the task.

“Yes, if you give me the presidency, why not, I will take. I am capable of doing the job,” he said.

“The problem is who is capable of doing the job.
“If you give me the opportunity, I will like to go back to the Senate for a second term, but if the people of Nigeria want me to be president, they will show the hand. I can do the job. I can build a 20th-century economy for our people.”

Stating his positiin durin an interview on Channels Television’s Sunday Politics, Kalu demurred, “I am not having that kind of ambition but if I am given, why not? I can take it.”