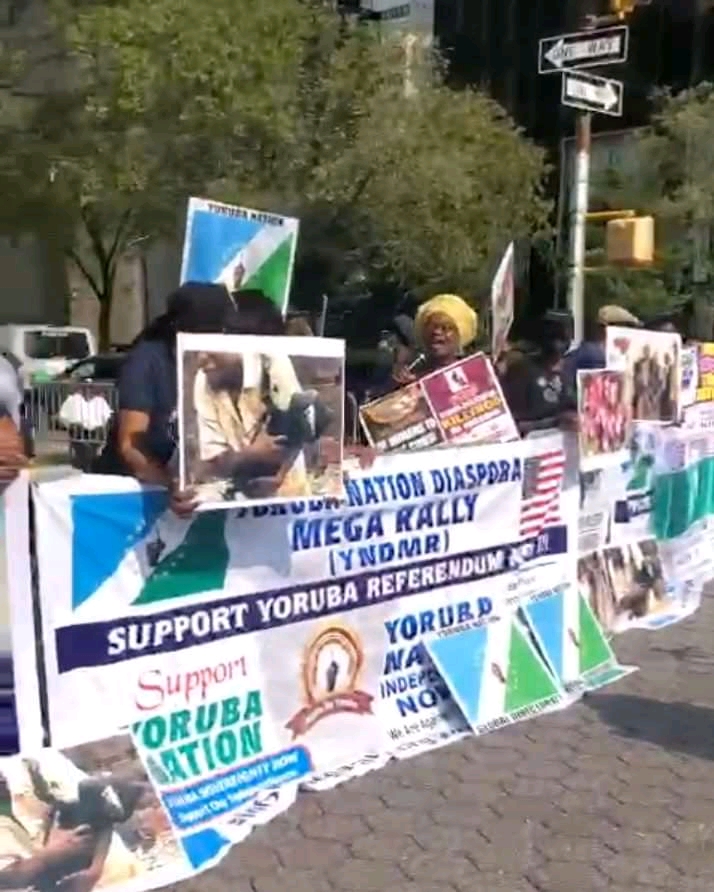 Members of the Nigerian Indigenous Nationalities Alliance for Self-Determination (NINAS) have again stormed the United Nations headquarters in New York, United States, urging world leaders to facilitate the conduct of a referendum in Nigeria.

The agitators gathered at the UN headquarters on Tuesday and were there again on Wednesday to drive home their demand for a referendum.

Photos obtained Hotmedia.ng show the protesters on the streets of New York, demanding a referendum to enable them have their separate nations.

The group had earlier vowed to protest at the 76th Session of the United Nations General Assembly in New York from September 14 to 21.

Some of the protesters carried placards bearing inscriptions such as, “End Nigeria to save lives”, ”Nigerian Army killing Nigerians, Buhari is a tyrant leader”, and “We demand a referendum to decide our nationhood now”.