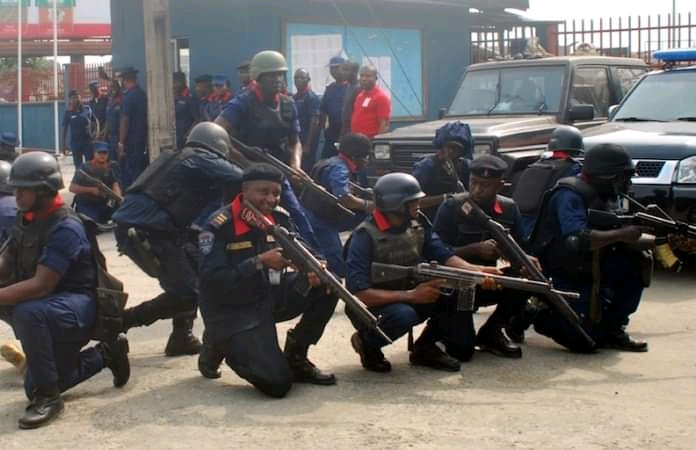 “We arrested 50 illegally armed herdsmen and realised that some of them are into cattle rustling and kidnapping,” Commandant-General of the NSCDC, Dr Ahmed Audi, said on Wednesday in Abuja.

He made the declaration while presenting licences to private guard operators.

“The armed herdsmen were arrested in Ekiti, Borno and Cross River states and in some other parts of the country,” he said.

Audi added that the arrest of the illegally-armed herdsmen shortly after his assumption of office was an indication of his determination to reposition the corps for optimal delivery on its core mandate.

“It is part of our mandate to settle disputes between herdsmen and farmers and to also give some security protection to our agro-allied investments,” he said.

Audi stressed the need for synergy between security agencies, noting that the nation’s security challenges could only be addressed substantially through intelligence sharing.

Lamenting the security challenges, which, he said were asymmetric in nature, he assured that all would be well once relevant stakeholders adopted unity of purpose as their main objective.

“The nation is bedevilled with a very serious insecurity crisis, and that is the asymmetric warfare.

“If you want to deal decisively with this, you must synergise with all stakeholders in terms of credible intelligence,” he stressed.

He read the Riot Act to the private guard operators and warned that their licences would be withdrawn if they engaged in unethical practice.

Some of the unethical practices, he said, were the adoption of ranks or other accoutrement used by the military or other regular security agencies.

Read Also : Great, As Six States Of East African Community To Use One Passport

Audi enjoined the operators to prioritise the welfare of their guards for optimal results.