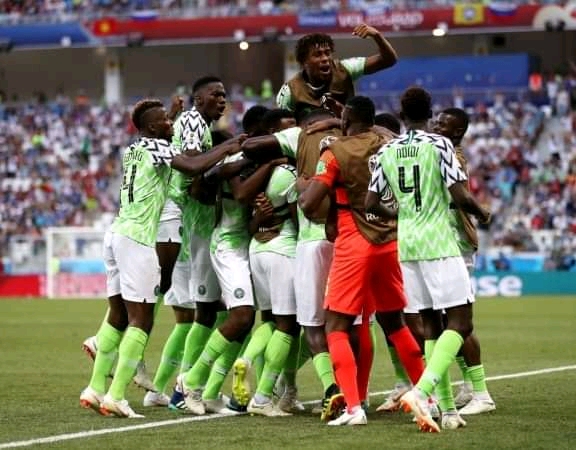 Nigeria’s Super Eagles this evening of Saturday, March 27, 2021, qualified in grand style for the 2021 Africa Cup of Nations (AFCON) scheduled for Cameroon.

Though they booked their ticket ahead of their Match Day 5 fixture against hosts Squirrels of Benin Republic following Sierra Leone’s goalless draw with Lesotho, the Super Eagles extended their lead on top of Group L to 11 points after a 93rd-minute winner from substitute Paul Onuachu gave them victory in Port Novo.

The result leaves Benin Republic still on seven points, which gives the Leone Stars, who are on four points, a slim hope of qualification heading into their penultimate round fixture.

The Leone Stars host the Squirrels at the National Stadium in Freetown, on Tuesday.

Bottom-placed Lesotho with three points are out of the race and will be playing for pride against the Super Eagles at the Teslim Balogun Stadium in Lagos, also on Tuesday.