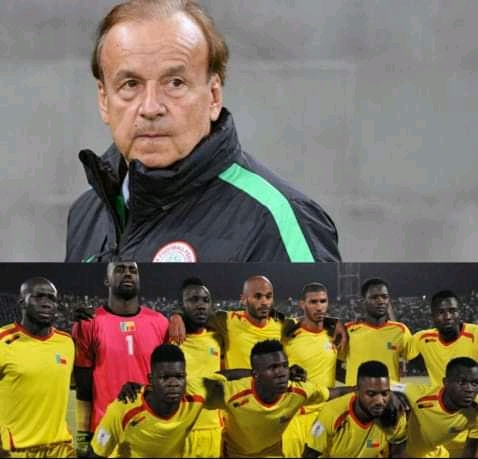 ‘Benin have not lost a match for eight years at home, it will not be easy’ says Coach Gernot Rohr as he warns super Eagles team to be cautious.

Super Eagles of Nigeria Head coach, Gernot Rohr has warned that his team have to be wary of Benin ahead of their crucial Afcon qualifier this weekend.

Rohr believes the Republic of Benin will be difficult to play against, as they are currently in fine form and have a full squad for the encounter.

Nigeria, three-time African champions will square off against the Squirrels, who are on a five-game unbeaten run, at Porto-Novo’s Stade Charles de Gaulle on Saturday.

But at home they have not lost for eight years and Rohr says his team must be humble and cautious.

“Benin have not lost a match for eight years at home, the last time they lost was in 2013 so you can imagine that we want to be the first team to win there in eight years,” Rohr told reporters on Wednesday.

“It will not be easy, they have a very good defence, they were quarter-finalists in the last Afcon. They eliminated Morocco.”

Rohr also revealed Benin have all the players needed for the game as the country provided a private plane for their stars based in France to ensure they honour the match due to covid-19 restrictions.

“They have a private plane to help the French-based players, what we could not have, unfortunately,” he continued.

“They found the money to take a private plane and to bring them back by charter. This was the condition to get the French players.”

Nigeria lead Group L of the qualifiers table with eight points from four games and victory over Benin or Lesotho will seal their place at the 2022 Africa Cup of Nations, scheduled for Cameroon.