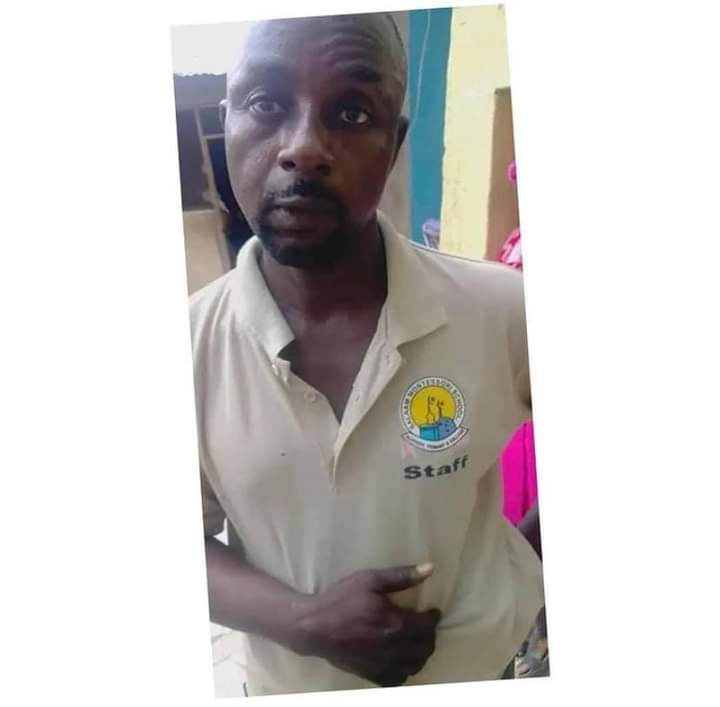 In lagos, a school proprietor arrested by police for molesting his wife’s niece for three years with the full knowledge of the wife.

The Lagos Police Command said they have arrested one Alhaji Musibau Salaam, a school proprietor for allegedly molesting his wife’s niece for three years in Ilasamaja area of the state.

The suspect, who is the owner of Salaam Montessori, Salaam primary and Salaam College located at 2, Fayemi Street Ilasamaja, was arrested following a tip-off received from the Guidance and Counseling Unit SUBEB Oshodi-Isolo.

Read Also : SEX Is sweet But There’s POISON In Between The Legs

Police said they got reports that Salaam started sexually molesting his wife niece  in 2019 when the victim was 13-year-old.

This illicit affairs and act of abuse has been happening for about three years before luck ran out him.

A close family source reports  that the suspect’s wife (the Survivors Aunty) is fully aware of the sexual abuse but decide to cover up her husband illicit acts with her niece.

Read Also : How To Keep Away From Extra Marrital Affair

“The victim in her statement revealed that her aunt is aware of the abuse but she refused to take action as they were handling it as a family affair,” she said