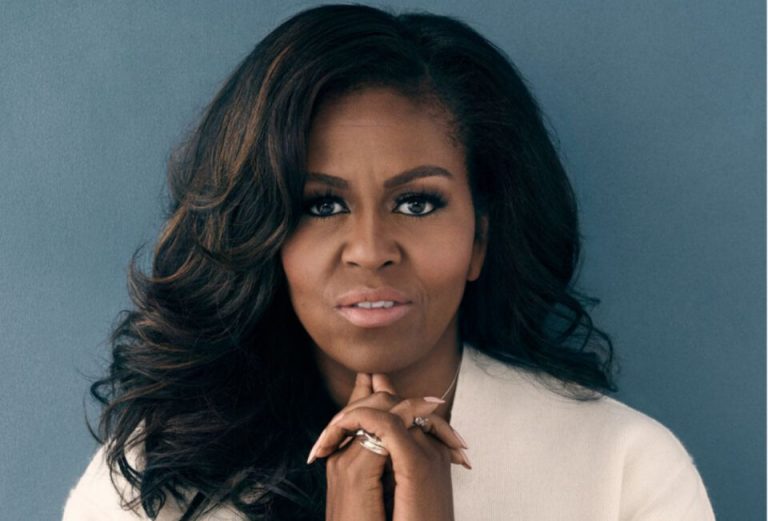 The media reports that former United States of America First Lady, Michelle Obama, is currently heart broken over the US Supreme Court ruling against the abortion law

She expressed her heart brokenness on her facebook wall over the current raging issues on Abortion in the United States.
Only on Friday, the conservative majority Supreme Court overturned Roe on a 5-4 vote, saying there is no right to abortion in the U.S.

The administration could argue in court that the U.S. Food and Drug Administration’s (FDA) approval of mifepristone, one of the pills used for medication abortions, pre-empts state restrictions, meaning federal authority outweighs any state action.

That same argument has already been raised by Las Vegas-based GenBioPro Inc, which sells a generic version of the pill, in a lawsuit challenging Mississippi’s restrictions on medication abortion. read more
More than a dozen states plan to almost totally ban abortion with the Roe v. Wade precedent upended.
States will likely face other difficulties enforcing restrictions on medication abortion because women are still likely to be able to obtain the pills online or in other states.

Biden said in remarks after the Supreme Court ruling that the government would seek to protect access to medication abortion, saying efforts to restrict it would be “wrong and extreme and out of touch with the majority of Americans.”

Attorney General Merrick Garland was more explicit about what Justice Department is eyeing, saying in a statement: “States may not ban mifepristone based on disagreement with the FDA’s expert judgment about its safety and efficacy.”

Mifepristone was approved for use in abortions by the FDA in 2000, long after Roe was decided in 1973. The pill, also known as RU 486, blocks the pregnancy-sustaining hormone progesterone while the other drug used, misoprostol, induces uterine contractions.

Greer Donley, a professor at the University of Pittsburgh School of Law who is an expert on reproductive rights, said the administration’s stance “shows that they understand the stakes and are willing to pursue novel ideas.”
Even before Roe was overturned, states imposed restrictions on access to the pill. There are 19 states that require women to make an in-person visit to obtain the drug, according to the Guttmacher Institute, a research group that supports the right to an abortion.
The FDA does not require an in-person meeting.

Legal experts say the law on preemption is murky because Congress has never said explicitly that FDA approval trumps state law as it has done in the context of medical devices. Therefore it would be left to courts to decide the question under a theory known as “implied preemption.”

Wide availability of medication abortion in states that want to restrict or ban the procedure would be a major setback to anti-abortion campaigners who have long sought to ban abortion outright.

Attempts to challenge state restrictions could run aground at the Supreme Court, not only because the 6-3 conservative majority has shown its opposition to abortion rights but also because the justices are often skeptical about federal preemption claims.
With Roe overturned, states would also have more leeway to argue they have a separate interest in preventing abortions based on moral objections to abortion.

Reacting, the former first lady who routinely describes herself as the girl from the South Side and dog lover said “ I am heartbroken today.”
Her feelings on the abortion rights are reproduced below unedited.

“I am heartbroken for people around this country who just lost the fundamental right to make informed decisions about their own bodies.
I am heartbroken that we may now be destined to learn the painful lessons of a time before Roe was made law of the land—a time when women risked losing their lives getting illegal abortions. A time when the government denied women control over their reproductive functions, forced them to move forward with pregnancies they didn’t want, and then abandoned them once their babies were born.
That is what our mothers and grandmothers and great-grandmothers lived through, and now here we are again.
So yes, I am heartbroken—for the teenage girl, full of zest and promise, who won’t be able to finish school or live the life she wants because her state controls her reproductive decisions; for the mother of a nonviable pregnancy who is now forced to bring that pregnancy to term; for the parents watching their child’s future evaporate before their very eyes; for the health care workers who can no longer help them without risking jail time.
When we don’t understand our history, we are doomed to repeat its mistakes. In this country, our futures are tied together in a delicate tapestry that we each have a hand in making. Too often, cynicism or indifference makes us feel like we don’t have a say in weaving it, but that couldn’t be further from the truth. The more we allow pessimism to push us further into helplessness, the less we will be empowered to help create the kind of country we want to live in.
This horrifying decision will have devastating consequences, and it must be a wake-up call, especially to the young people who will bear its burden. I know this is not the future you chose for your generation—but if you give up now, you will inherit a country that does not resemble you or any of the values you believe in.
This moment is difficult, but our story does not end here. It may not feel like we are able to do much right now, but we can. And we must.
If you’re like me and you want to get started right now, I encourage you to channel your frustration and anger into action by getting involved. Organizations like Planned Parenthood and The United State of Women, among many others, have resources you can look to if you want to help others or if you need help yourself.
Our hearts may be broken today, but tomorrow, we’ve got to get up and find the courage to keep working towards creating the more just America we all deserve. We have so much left to push for, to rally for, to speak for—and I know we can do this together”.