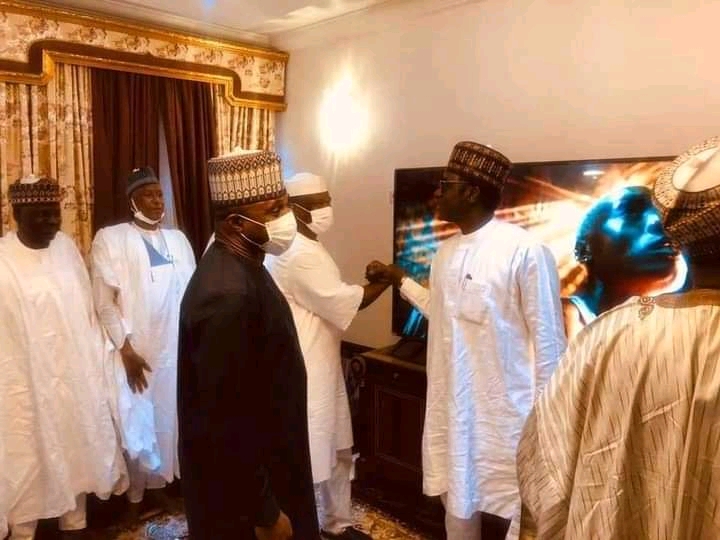 The Former Speaker of the House of Representatives Honorable Abdulsabur Oladimeji Bankole has officially decamped from the People’s Democratic Party (PDP) to the All Progressives Congress (APC).

READ ALSO : There Is No Zoning In APC – Governor Yahaya Bello

The former lawmaker has met with the Acting National Chairman of the Party who is also the Governor of Yobe State Alhaji Maimala Buni, allong with the Jigawa state Governor Alhai Muhammad Badaru Abubakar in Abuja.

In 2002, Bankole was elected to the House of Representatives on the People’s Democratic Party (PDP) ticket to represent the Abeokuta South Federal Constituency of Ogun State.

Other committees he has sat on are the panels on Defence, Internal Affairs and Banking, and Currency.

READ ALSO : PDP To Zone 2023 Presidential Ticket To The North

Bankole was re-elected in April 2007. He considers his legislative interests to be those related to defence and finance.