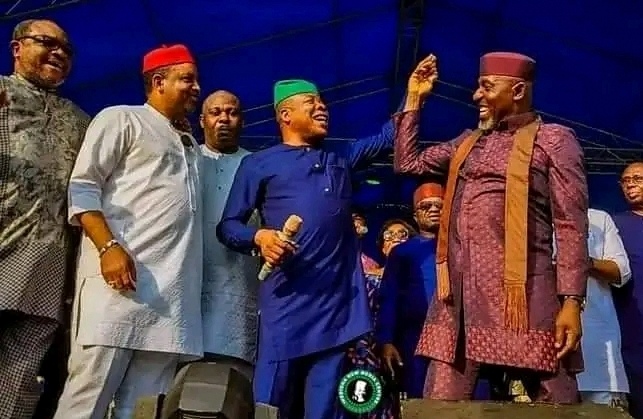 Okorocha said he has not joined the Peoples Democratic Party in a statement issued Thursday by his Special Adviser on Media, Sam Onwuemeodo (PDP).

Okorocha explained that on Friday, December 30, 2022, Kingsley Uju, representing the Ohaji-Egbema/Oguta/Oru West Federal Constituency, buried his mother in Egbema, and he was only present.

He insisted that a burial ceremony could not have turned into a political declaration rally, and that he was still a member of the APC. 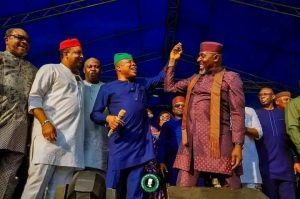 Those behind the story, according to the lawmaker, are mischief makers.

Okorocha said: “Our attention had been drawn to a story, claiming that the former governor of lmo State has joined the Peoples Democratic Party (PDP).

“We appeal that the general public disregard the story of Okorocha joining the PDP. lt is not true. The photographs attached to the false story are not evil since politics is not war. Nor a do-or-die venture.

“Our only concern was the virus some mischief makers tried to inject into the innocent photographs, taken at Uju’s mother’s burial, without malice or those involved being conscious of which political parties all those at the burial in question, belong.”

“Those behind this false story deliberately failed or refused to mention the venue and title of the event, where the photographs were taken. They could not also quote a portion of Okorocha’s speech that he must have made at the so-called event.” 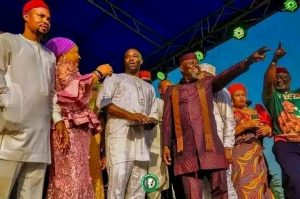