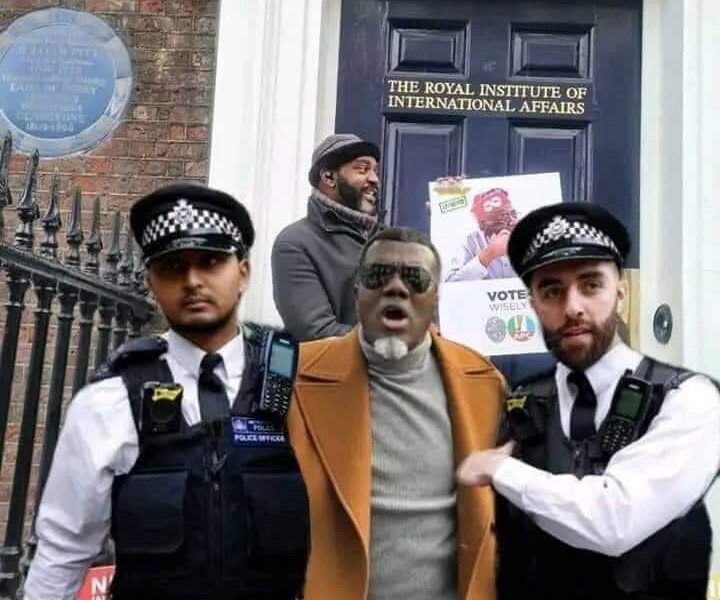 After his much fruitless efforts to cause commotion at the Chatham House during Bola Ahmed Tinubu’s visit, Reno Omokri had to be bundled out of the public facility by the security for constituting public nuisance.

In a picture now circulating on internet, Omokri was sighted being bundled out of the Chatham House by the security.

Recall that Omokri came to the Chatham House yesterday with some hirelings with the intention of disrupting the APC Presidential Candidate’s address of the British Royal Institute, but was overshadowed by the more committed supporters of Tinubu who were also on ground to give solidarity to the APC presidential candidate.

READ ALSO : 2023: At Chatham House, Tinubu Asks El-Rufai, Gbaja, Sanwo-Olu, Others To Answer Questions For Him

Apparently this is a photoshop, but the reality is that Omokri was embarrassed and swallowed yesterday. The Photoshop is only an explanation of what he experienced 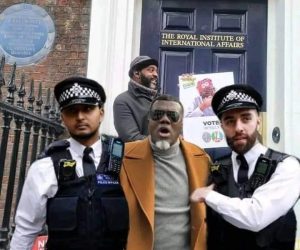