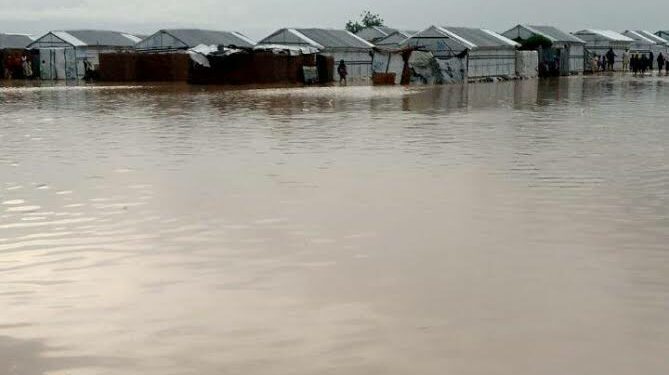 The victims of flood in Delta state who are trapped and displaced from their homes by the massive flooding have cried out for immediate help and government intervention.

The victims who are mainly from the riverine communities of Owodokpokpo-Igbide, Enwhe, Umeh, Uzere, Aviara etc In flood prone areas of Isoko South LGA of Delta State  whose houses, properties and other valuables worth billions of naira have been submerged and damaged, keep wondering why the state government has remained silent over the plight.

Over 200, 000 persons in the affected areas have been rendered homeless while hundreds of hectares of farmland and properties worth millions of naira destroyed across the communities following the increasing flooding.

Residents of Igbide and other surrounding communities in Isoko South LGA of Delta State cries out to the Federal governments agencies; NEMA, other intervention agencies and Delta State government for immediate help and support following the ravaging floods this year. 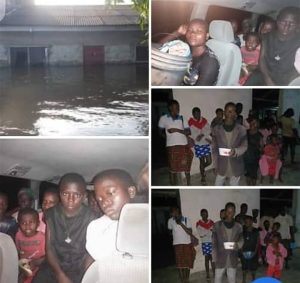 According to the report from our correspondent, the entire Isoko South local government area in Delta State has been submerged as of today, 15th October 2022.

Indigenes and residents of the communities have been lamenting their losses as they watch the flood levels rising and swallowing up their buildings, properties and means of livelihood.

The people of Isoko South Local Government Area  are well known for their fish farming business. The record breaking flood of this year has badly hit the area as  fishes in commercial fish farm ponds have been washed away by the massive flooding. The birds in poultry farms and cultivated crops have equally been swallowed up by the ravaging flood.

As of the time of filing this report many residents are trapped while a few have been evacuated to the IDP camp at Oleh, the Local Government  headquarters. Some notable philanthropist like Dr Daniel Omoyibo (Damotech) have reached out to provide support to the most vulnerable victims in the communities.

The communities groan in surprise that other than providing an IDP camp at Oleh, the federal and state governments have not reached out to the communities to help the stranded residents and victims. 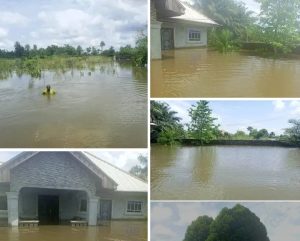 According to a resident of Igbide community, during flooding in previous years, government officials and other organizations usually visits the affected areas for spot assessment and to provide relief materials to the victims

But this year flooding has been characterize by deafening silence and lack of response from the government and relevant agencies.

Patriotic men of Igbide under an umbrella social media group called ‘Voice of Igbide People’ (VOIP) are tasking themselves and employing self-efforts to evacuate stranded members of the community and also providing food and relief materials to those who are sheltered in story buildings in the community.

Mr Joshua Ewhese, Mr Precious Ekiejare along with others have been working round the clock to evacuate people to the IDP camps. About 50 members of the community have been rescued and evacuated to the IDP camp at Oleh within the last two days. Dr Ufuoma A. Ekaba, the coordinator of the group (VOIP) lamented bitterly about the lack of response from the government. 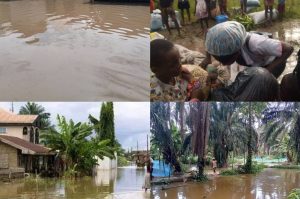 According to Dr Ekaba, in emergency situations like flooding, one would have expected NEMA and other agencies of government to swing into action to provide water and land transportation to rescue people from the ravaging floods.

With the water level still rising on a daily basis and the high currents flowing across the communities,  Dr Ekaba expressed concern that fatalities through drowning may be recorded in the days to come  if the government does not rise up to the occasion by salvaging the sorry situation. 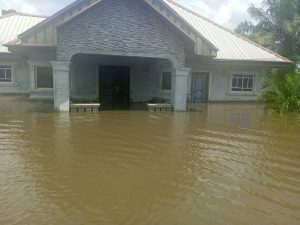 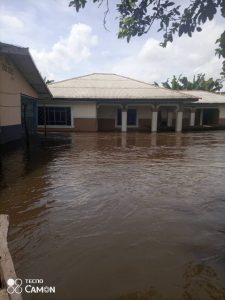