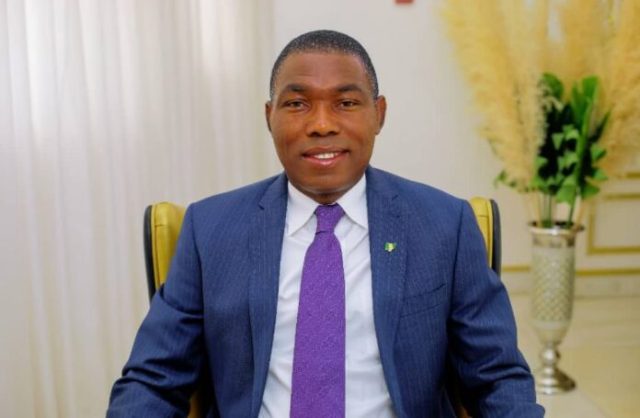 The Social Democratic Party (SDP), Presidential candidate, Prince Adewole Adebayo has on Friday, said that neither him or his party, the social democratic party (SDP) is stepping down for any political party in the 2023 general elections.

Speaking with men of the pen in Ibadan at the end of the party’s two-day stakeholders summit themed, ” South West summit for critical stakeholders with the theme “Common interest and strategic approach for 2023”, Prince Adebayo declared that that there is no plan by SDP to merge with any of the political parties in the country.

Prince Adebayo pointed out that Nigerians are tired of both the Peoples Democratic Party (PDP) and the All Progressives Congress (APC) alleged misrule which necessitated the coming of the SDP into the presidential race.

The SDP Presidential candidate maintained that his party is in the race to take Nigerians out of poverty”, adding, ” No good schools, no healthcare services, no road, these are the reasons why we are in the race”.

Prince Adebayo added, ” we are not stepping down for any political party, because that will be a great betrayer to the people of Nigeria”.

“People are running away from PDP and APC, so if we disappoint them now, then we have taken them back to the people that are making them to suffer.

Prominent SDP leaders including Dr Yemi Faronbi, Dr Olu Agunloye, Engr Segun Oni in their remarks at the summit emphasized that Nigerians need a visionary and selfless leaders in 2023 and that the country need a disciplined and a charismatic leader as president, which the party has presented ahead of 2023.