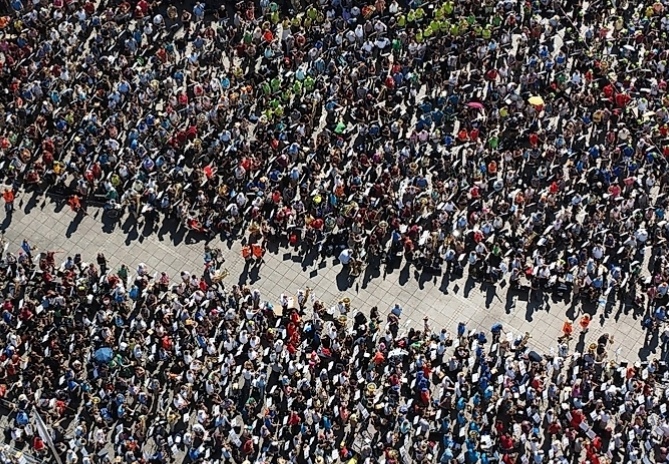 The world is continuing to grow.The latest report from the United Nations

The Global Population Prospects 2022 report, released on Monday by the U.N.’s Department of Economic and Social Affairs Population Division, outlined what countries around the world should expect in the coming years.

Still, factors such as the rise of life expectancy are reasons why the global population continues to rise.

“Globally, life expectancy reached 72.8 years in 2019, an increase of almost 9 years since 1990. Further reductions in mortality are projected to result in an average longevity of around 77.2 years globally in 2050,” the report reads.

“Two-thirds of the projected increase in global population through 2050 will be driven by the momentum of past growth that is embedded in the youthful age structure of the current population. Such growth would occur even if childbearing in today’s high-fertility countries were to fall immediately to around two births per woman.”

How many people are in the world?: A look at the population in 2022

India is just one of eight countries – including the Philippines, the Democratic Republic of the Congo, Egypt, Ethiopia, Nigeria, Pakistan and the United Republic of Tanzania – expected to see major population growth by 2050. The increase in several sub-Saharan countries is expected to result in the population doubling in the area.

On the other side of the population spectrum, 61 countries are expected to have a population decrease of at least 1%. Of that list, Bulgaria, Latvia, Lithuania, Serbia and Ukraine are projected to lose at least 20% of their population.

What about the United States’ population?

North America country is projected by the U.N. to reach its peak population in the late-2030s and then start declining “due to sustained low levels of fertility.” But that won’t affect the population of the U.S.

The U.S. population is currently 337 million people and it is projected to be at 375 million people in 2050, still making it the third most populous country in the world, behind India and China.