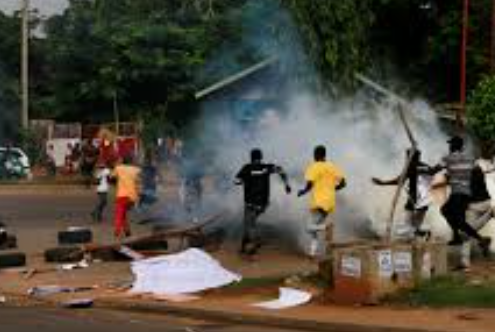 Scores of residents have protested in Abuja over the tenure extension of six area councils’ chairmen and councillors.

,,,, According to reports, scores of residents of the Federal Capital Territory have
taken to the streets to protest the tenure extension of six area councils’ chairmen and councillors.

,,,,,It was learnt that the chairmen and councillors’ terms in office elapsed on Thursday and the.. newly-elected officials were supposed to be sworn in today..

….But the FCT minister, Muhammad Bello, cited a court judgement and extended the officials’ tenure by one year.

,,,Displeased by the extension, residents in the Gwagwalada Area Council on Friday morning took to the streets.

,,,,,The residents, who barricaded the roads and made bonfires, are demanding a reversal of the decision.