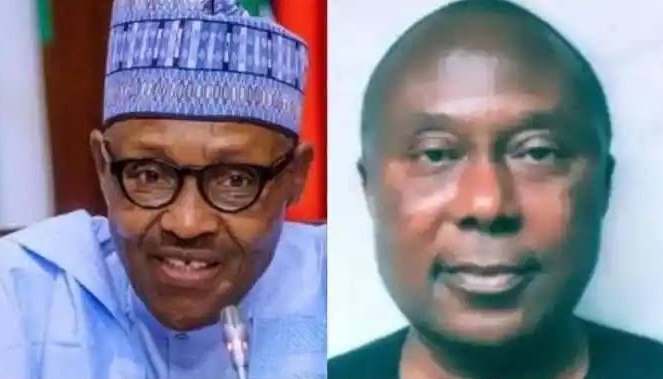 The acting Accountant-General of the Federation (AGF), Mr. Chukwuyere N. Anamekwe, has been sacked by the Federal Government. AGF Mr. Okolieaboh Ezeoke Sylvis, a former TSA (Treasury Single Account) Director was appointed to replace him.

Anamekwe was named acting AGF. On June 14, he said the contentious thing about the government borrowing money to pay salaries.

Seven days later, he was replaced. The first quarter of 2023 will see Mr. Sylva leave office.

According to a source who spoke with our correspondent, the Federal Government has started looking for a new AGF.

Mrs. Folasade Yemi-Esan, the Head of the Civil Service of the Federation (HoCSF), has issued a circular to that effect.

The HoCSF instructed permanent secretaries to send information on qualified directors in Grade 17 to her by no later than 4:00 p.m. on Wednesday, July 6, 2022 in a memo titled, “Commencement of the process of appointment of a substantive Accountant-General of the Federation.”

The memo listed the credentials of level 17 officers who were qualified for the job. “Officers undergoing disciplinary proceedings are excluded from the selection process while those who have attained the position of Substantive Director (Grade 17) on or before January 1, 2020 and are not retiring from the service earlier than December 31, 2024 are eligible to participate.” Senior government officials were not persuaded to address the claim that they had borrowed money to pay salaries.

The AG-F should be in a better position to clarify it, according to the Ministry of Finance, which directed this reporter to him. Henshaw Ogubike, a spokesman for the Office of AG-F, stated: “The man who granted the interview is not around for the time being.”

According to a sources on anonymity, the Debt Management Office (DMO) that “you probably should clarify from the AGF or FMFBNP. Direct deposits of funds from the DMO are made into the FGN’s accounts at the CBN for use in capital projects. As you are aware, the DMO doesn’t distribute money.

“The AG-F is in charge of managing the Federal Republic of Nigeria’s Treasury. According to Nigeria’s federal republic’s constitution, the office holder is frequently chosen by the president of Nigeria for a four-year term

He was said to have been replaced two weeks ago with AGF Mr. Okolieaboh Ezeoke Sylvis, a former TSA (Treasury Single Account) Director.

Anamekwe’s replacement followed allegations that he was being investigated by the Economic and Financial Crimes Commission (EFCC).

Hotmedia.ng learnt the replaced AGF had corruption allegations against him including alleged overpayment to himself in previous government agencies he served.

It was further alleged that some of the properties he acquired fraudulently had been recovered by the anti-corruption agencies.

One of his financial crimes was allegedly committed while he was the Director of Finance and Accounts (DFA) at the Ministry of Defence.

He was also allegedly involved in other fraudulent activities and used the Government Integrated Financial Management System (GIFMIS) to steal the salaries of federal government staff.

The GIFMIS is an IT-based system for budget management and accounting. It was adopted as part of a wider Public Service Reform Strategy by the federal government of Nigeria starting in the early 2000s.

It was also learnt that the government was not comfortable with his revelation that it was borrowing to pay salaries.

Anamekwe was appointed acting AGF on May 22. He made the controversial remark on government borrowing to pay salaries on June 14. He was replaced seven days after.

His replacement, Sylvis retired from office in the first quarter of 2023.