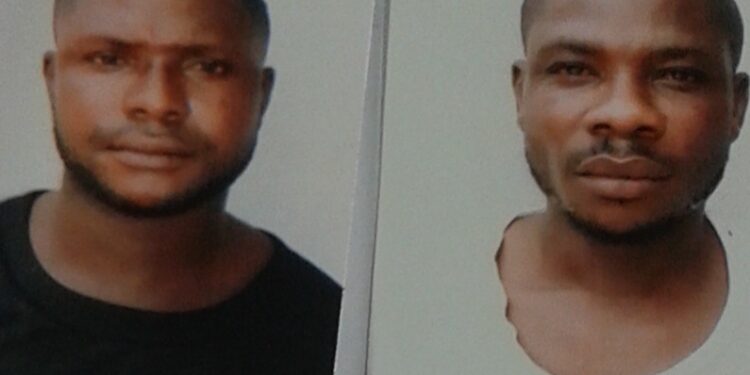 Facts have emerged how a 34-year old man, Andrew Ogabor, allegedly lured a young lady into his apartment in Lagos State, drugged and engaged her in marathon s** and thereafter recorded her unclothedness and posted it on the internet.

According to the reports, the incident happened at Kayode Adeniyi Street, Bariga area of Lagos, where they reside.

The suspect was said to have inserted sedative drugs into the drink he gave to the lady. She then slept off and he engaged her in s**. Thereafter, he recorded every part of her private parts before the lady woke up. She was shocked over what happened to her and went home dejected.

Unknown to her, another shocker was awaiting her. When she returned to home, regained consciousness, her attention was drawn to a particular video online; she saw her n^de video on the internet and was devastated. She then confronted the suspect, Andrew and he threatened to even kill her for having the courage to ask about the video action on the internet.

The matter was reported to the Police at Bariga Division and the DPO sent a Police officer, Alabi Moses, to invite the suspect, Andrew to the station for his conduct. But the suspect’s brother, Bernard Ogabor, was said to have obstructed the Police officer, Moses, while performing his lawful duty.

However, the Police mobilized other officers and eventually arrested both Andrew and his brother, Bernard and detained them at the station for interrogation over the conduct.

During interrogation, the Police discovered that Andrew took different photographs and videos of the lady and released them on the internet in order to humiliate her.

The Police found him culpable and subsequently charged him before the Yaba Magistrates Court for the alleged offence while his brother, Bernard, was charged for obstructing the Police from performing their duty.

When they were arraigned, they pleaded not guilty.

The prosecutor, Inspector Modupe Olaluloye, asked the Court to give a date for hearing since they pleaded not guilty to enable the Police to prove that they actually committed the alleged offence.

The Presiding Magistrate, Mrs. L.Y. Balogun, granted them bail and ordered their remand in the Correctional Centre pending when they will perfect their bail conditions and adjourned the matter for hearing.