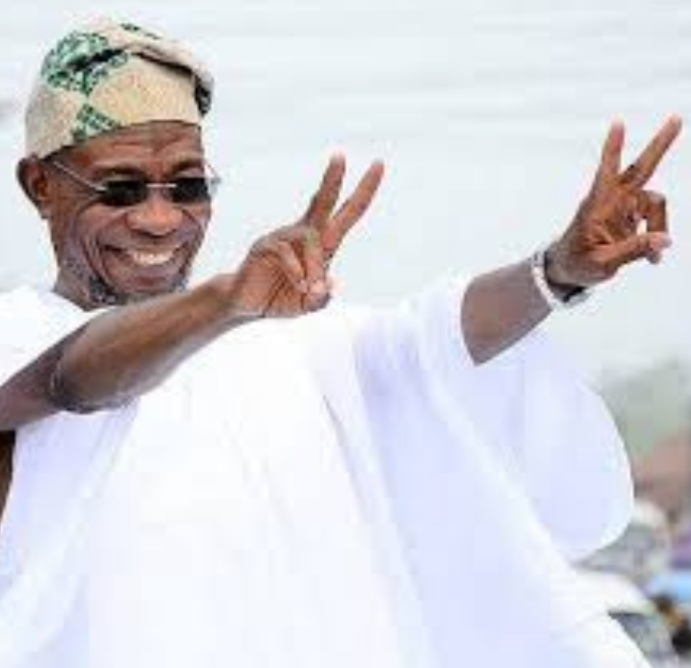 The American influential journal, Imprimis, has as its motto, ‘Ideas have consequences’. That’s the plank upon which Comrade Ogbeni Rauf Adesoji Aregbesola – born 25 May 1957 – has been engaging and driving the civil society and governance enterprises, each step of the way.

As a philosopher ideologue, an embodiment of true leadership, radiating hope and vision as a savant, raconteur of genius, gifted literati, Aregbesola has distinguished himself distinctly from the pack of politicians who are scarcely sensitive enough to allow the confidence reposed in their offices to reflect on the output of governance.

Admirably for all his gifts, sacrifices, and his countless achievements, Aregbesola remained deeply spiritual, a thinker, humble, unassuming and self-effacing as he is earnestly loved by Nigerians. Truthfully, his total abstinence from impurities, his politics of inclusiveness and broad mindedness, have roots in his deep Islamic piety. These uncommon qualities as a visionary idealist contributed immensely to his stellar achievements as Works Commissioner in Lagos State for eight years, as well as Governor of State of Osun for another eight years, in succession.

Outstandingly, Aregbesola has been demonstrating consistently as the current Minister of the Ministry of Interior where he is repositioning, digitizing and revitalizing the Ministry’s four paramilitary agencies under his watch to the admiration of even ardent critics of President Muhammadu Buhari’s administration. It’s quite absorbing and elevating that Aregbesola’s administrative acumen has brought a great deal of innovation and speed into the Ministry at a time Nigerians are nervous and disillusioned about the entire system that has not lived up to the expectation of many.

Since his assumption of office in August 2019, there has been the approval for the New Visa Policy reclassifying the Visa Categories from 6 to 79. Aregbesola also ensured that Nigeria commenced Visa on Arrival to holders of passports of African countries and visitors who processed their visa on arrival in advance online without delays. It’s on record that Aregbesola is the only Minister in recent times that has procured 451 operational vehicles for the Nigeria Correctional Service (NCoS). Ditto for the creation of Citizens Integrity Unit at the Nigeria Security and Civil Defence Corps (NSCDC).

Under his administration, 3,000 capacity custodial centre in three geopolitical zones of the country are being constructed in the last three years, at the same time, the ministry promoted 18,000 personnel out of the 33,000 that sat for promotional examinations in the years under review. Added to that is the construction of a world class technology building for the NIS to manage all @nigimmigration ICT enhanced systems in Nigeria, as well as re-opening and rehabilitation of 32 Satellite Custodial Centres previously shut down due to insurgency.

The digitization process of the nation’s security infrastructure did not end there. The installation of Migration Information and Data Analysis System (MIDAS) in all International Airports of the country is part of the ministry’s strategic plan towards ensuring the security of the nation and safety of travellers across the country. Within the same period, 2,615 Fire distress Calls were responded to, saving 724 lives and assets worth N1.629 trillion between June and October 2019 in the country.

Aside that, the ministry has deployed 28 newly procured fire engines across the country to boost emergency response in crisis situation. The ministry also underwent the training and deployment of over 1,500 personnel as Agro-Rangers in Yobe and Adamawa States to protect farmers and their farms, thus promoting food security.

A week ago the ministry of interior launched an emergency alert app N-ALERTS which facilitates real time alert to all security agencies on any emergency and criminal activities in any part of Nigeria. This app is on Android Playstore and IOS store. It can be downloaded on smartphones and other devices.

In the midst of such gloomy statistics, Nigeria as a country has something to celebrate in the spartan, austere, visionary and pragmatic game-changer called Comrade Ogbeni Rauf Adesoji Aregbesola, even though the nation is presently foaming in blood. As a dealer in hope, and an unusual Apostle of national self-renewal and self-validation and a committed adherent of Islamic faith, it will not be long before Nigeria surmounts the legions of her self-afflicted woes.