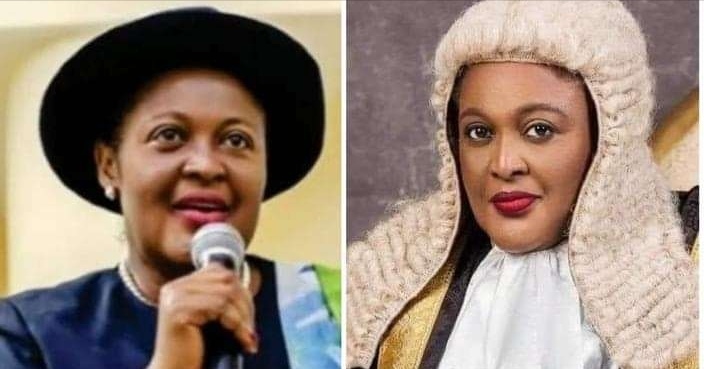 Justice Mary Ekaego Peter Odili of the Supreme Court of Nigeria officially bows out of the nation’s Judiciary on Thursday, May 12, 2022 Mrs. Odili, who is one of the earliest women to be elevated to the Supreme Court bench, stepped aside having attained the mandatory retirement age of seventy years.

The Imo State-born jurist, whose meritorious landmark judgments have shaped the political, economic and social terrains of the nation, was hosted to an elaborate retirement event on the day.

Our judiciary Correspondent indicates that the Hon. Justice Mary Ukaego Peter-Odili, on Thursday, May 12, bowed out of the Supreme Court of Nigeria following her retirement from public service, having attained 70 years on May 12, 2022. Those who attended her big day

Diri stormed the Apex Court a few minutes after 8 a.m. for the 10 a.m. special court session.

He was seen with his predecessor, Seriake Dickson, and was escorted to court by a retinue of top aides and security personnel. Also, Governor Nyesom Wike of Rivers state and presidential hopeful attended the ceremony.

Others The apex court was jam-packed with Judges, senior lawyers and government functionaries seeking to honour the eminent jurist on her retirement from Nigeria’s Judiciary.

Also, armed security operatives have taken positions in the court premises to prevent security breaches. Justice Mary Odili bows out of the Judiciary and retires at age 70.

Her early life and journey in the judiciary.

Justice Mary is the wife of Dr Peter Odili, who served as Governor of Rivers state between 1999 to 2007.

Born on 12 May 1952, in Amudi Obizi, Ezinihitte-Mbaise, Imo State, Nigeria, Justice Odili attended the University of Nigeria Nsukka, Enugu Campus where she studied law between 1972 and 1976.

In her second year at the university, she bagged the university scholarship for maintaining the second-class upper division league with higher scores.

She was rated the best student in the department of commercial and property law in 1976. She passed through the Nigerian Law School between 1976-1977 and was called to the bar in July 1977.

Thereafter, she served in Abeokuta and Benin.