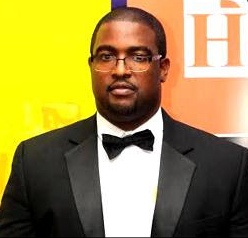 Mr Uche Ben Odunze, a commercial property manager contesting a seat in the House of Representatives for Orlu/Osu/Oru/Imo East Federal Constituency on the platform of the main Peoples Democratic Party (PDP), is an ex-convict from the United States, Hotmedia.ng has gathered.

Mr Odunze, 41, was sentenced to prison on January 17, 2013, under the name Uche Ben Odunzeh for defrauding the American Centre for Medicare and Medicaid System (CMS). He now answers “Odunze” as his surname to vie for a seat in the lower parliamentary chamber at the upcoming general elections.

Mr Odunze had lied to the U.S. government to claim remuneration for supplying sophisticated high-end wheelchairs (K0011) when his company, Emerald Medical, only provided cheap and basic wheelchairs to beneficiaries of the Medicaid health programme.

Ahead of the 2023 general elections and according to the laws and constitution of federal republic of Nigeria. Any person contesting for public or elective office(s) in Nigeria must not be Convicted for criminal or fraudulent offense.

According to an affidavit sworn by Chief Fidelis Ijeoma of Assah Ubirielem community in Orlu Local Government of Imo State, deposed an oath in the High Court of Imo State, Nigeria.

– that Mr Uche Ben Odunzeh was convicted and jailed for 19 months for fraudulent activities in the year 2012 in Maryland, USA.

Joining in the announcement were Debra Evans Smith, Acting Assistant Director in Charge of the FBI’s Washington Field Office, Nicholas DiGiulio, Special Agent in Charge of the U.S. Department of Health and Human Services, Office of Inspector General (HHS – OIG) for the region including the District of Columbia, and Charles J. Willoughby, District of Columbia Inspector General.

Odunzeh pled guilty in October 2012 in the U.S. District Court for the District of Columbia to one count of conspiracy to commit health care fraud.  As part of his plea agreement, Odunzeh agreed to pay $277,383 in restitution to the District of Columbia. He also agreed to entry of a consent order of forfeiture requiring him to forfeit the proceeds of the fraud. He was sentenced by the Honorable Ellen S. Huvelle.

According to a statement of offense signed by the defendant as well as the government, Odunzeh is a Nigerian national whose visa expired in 2004.  He was the sole owner of Emerald Medical Services, LLC, based in the District of Columbia.  Emerald Medical sold durable medical equipment, or DME, such as power wheelchairs and adult incontinence supplies.

Acting on an anonymous tip that he was leaving the country, federal agents arrested Odunzeh in July 2012 at Baltimore/Washington International Thurgood Marshall Airport.  A separate indictment was handed up and an arrest warrant has been issued for Odunzeh’s alleged co-conspirator, Patricia Mubanga Chisanga, who is believed to have fled to Zambia, Africa.

In announcing the sentence, U.S. Attorney Machen, Acting Assistant Director in Charge Smith, Special Agent in Charge DiGiulio, and Inspector General Willoughby commended the efforts of those who investigated the case from the FBI’s Washington Field Office, HHS-OIG, and the Medicaid Fraud Control Unit, D.C. Office of the Inspector General. They also acknowledged the efforts of Special Assistant U.S. Attorney Stuart Silverman, of the Medicaid Fraud Control Unit, as well as the U.S. Marshal’s Service.

That conviction and sentence makes him an ex-Convict and as such he can not represent any political party in Nigeria for the 2023 general elections.

Below are the attachments copies of the documents that Sentenced and jailed Mr Uche Ben Odunzeh for 19 months in Maryland USA, an aspirant for Orlu, Orsu and Oru-East Federal Constituency.

Mr Uche Ben Odunzeh who is parading himself, and going about campaigning to represent the good people of Orlu-Orsu-Oru-East Federal Constituency is an ex-convict, he is not qualified by law of the federal republic of Nigeria to stand for any political party in Nigeria for elections.

An ex-convict refers to a person who has been found guilty of a crime, has been sentenced accordingly by a court of competent jurisdiction, and who has completed the requisite term allotted to him or her

An ex-convict will not be allowed to contest for a public office when he has been convicted and sentenced for an offense.

According to Section 137, 182, 66 and 107 of the Nigerian Constitution, a person contesting for the following offices who falls into this category will be disqualified. They are:

a. The office of the president of Nigeria

b. The office of the governor of any state in Nigeria

c. The office of any member of the senate

d. The office of any member the Federal House Of Representatives

e. The office of any member of the House of Assembly.