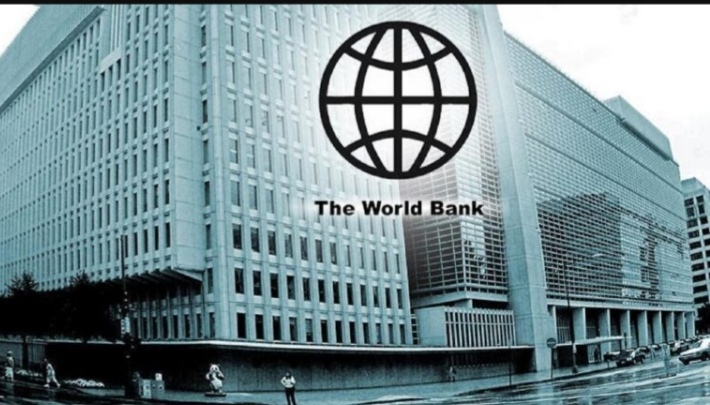 The World Bank has blacklisted 18 Nigerian individuals and firms for engaging in corrupt practices, fraud and collusive practices in its 2021 fiscal year 2021, a new report has revealed.

The debarments were made by the World Bank Sanctions Board, World Bank Chief Suspension and Debarment Officer and the African Development Bank.

The debarments made by AfDB were recognised by World Bank, making the affected firms to be barred under cross-debarment policy.

Based on the decision of the World Bank Chief Suspension and Debarment Officer, a Nigerian firm, Swansea Tools Resources, was debarred for fraudulent practices for two years and 10 months.

Referred to under Sanctions Case No 651, it was disclosed that the firm misrepresented its past experience in its bid for a road maintenance contract.

The report read in part, “The SDO determined that the respondent, a Nigerian firm, engaged in a fraudulent practice by misrepresenting its past experience in its bid for a road maintenance contract under a state employment and expenditure project in Nigeria. The SDO imposed on the respondent a debarment with conditional release for a minimum period of two years and 10 months. As a mitigating factor, the SDO considered the respondent’s limited cooperation with investigators, noting that the respondent produced documents and agreed to be interviewed but did not accept responsibility for the misconduct.”

Another Nigerian firm, Juckon Construction and Allied Services Nigeria Limited, was debarred for corrupt practices for three years. Referred to under Sanctions Case No 649, it was disclosed that the firm made improper payment to a public official.

The report read, “The SDO determined that the respondent, a Nigerian firm, engaged in a corrupt practice by making an improper payment to a public official in connection with the award and/or execution of two waste management and refuse collection contracts under a state employment and expenditure project in Nigeria. The SDO imposed on the respondent a debarment with conditional release for a minimum period of four years.”

The matter which involved Ms. Glory and the firm, Unique Concept Enterprises, was presented under Sanctions Case No 691.

It read in part, “The SDO determined that the respondents, a Nigerian firm and a Nigerian citizen, engaged in fraudulent practices by submitting false documents in connection with two refuse collection and disposal contracts under a state employment and expenditure project in Nigeria. In particular, the SDO found that: (i) the corporate respondent submitted a falsified income tax clearance certificate in its bids for the contracts; and (ii) both respondents submitted a falsified advance payment guarantee in connection with the execution of one of the contracts.

The matter which involved Asbeco Nigeria was presented under Sanctions Case No 675.

It read in part, “The SDO determined that the respondent, a Nigerian firm, engaged in corrupt practices in connection with an erosion control contract under an erosion and watershed management project in Nigeria. Specifically, the SDO found that the respondent (i) made a payment of N2m (approximately $12,000) to the project’s engineer to influence his actions in connection with the procurement and/or execution of the contract, and (ii) made a facilitation payment of N50,000 (approximately $160) to the project’s cashier to influence her actions in connection with the execution of the same contract.

corrupt practices among bankers
“The SDO imposed on the respondent a debarment with conditional release for a minimum period of five years. In determining this sanction, the SDO considered as aggravating factors the respondent’s (i) engagement in a repeated pattern of corrupt activity and (ii) interference with INT’s investigation, noting in particular that the respondent engaged in acts intended to materially impede the exercise of the Bank’s contractual audit rights.”

Based on the World Bank’s Sanctions Board Decision, A.G. Vision Construction Nigeria Limited, was debarred for fraudulent practices and collusive practices for four years and six months.

Not included in the report is a recent debarment of a Nigerian consultant, Mr Salihu Tijani, who is a consultant for the National Social Safety Nets Project, a project designed to ensure cash transfers to poor and vulnerable households in Nigeria.

Tijani was barred for 38 months for engaging in corrupt practices.

Aside from the firms mentioned so far, there are some firms that were debarred by other multilateral organisations under cross-debarment, which makes them debarred by the World Bank.

In his opening message in the report, the World Bank Group’s David Malpass, stated that the bank had granted over $157bn to assist developing countries, as he emphasised the need for integrity and transparency standards in public finance.

“Since the beginning of the global pandemic, the World Bank Group has deployed more than $157bn in critical assistance to developing countries. The crisis has required us to be rapid and innovative in mobilising this historic support.

“Yet, for these resources to have the needed development impact on the hundreds of millions of people who live in extreme poverty, we must ensure that resources are used efficiently, effectively, and for their intended purposes. And that means remaining vigilant to the scourge of corruption and ensuring that we promote the highest integrity and transparency standards in public finance,” he said.

He further highlighted some of the consequences of corruption, which he said could be devastating.

Malpass said, “The negative impacts of corruption on lives and livelihoods are well known. Corruption diverts scarce development dollars from the people who need them most and corrodes the systems and services that are integral for reducing extreme poverty.

“Entrenched corruption also comes with greater economic costs for countries, as it distorts public expenditures and leads to inefficient allocations of financing away from productive investments toward rent-seeking activities. And corruption increases the costs of doing business and deters foreign investors from entering new markets.

“As the world moves toward recovering from the pandemic’s damaging impacts, these costs can also restrict the private sector, which plays an important role in revitalizing economic growth and development in our client countries,” he added.