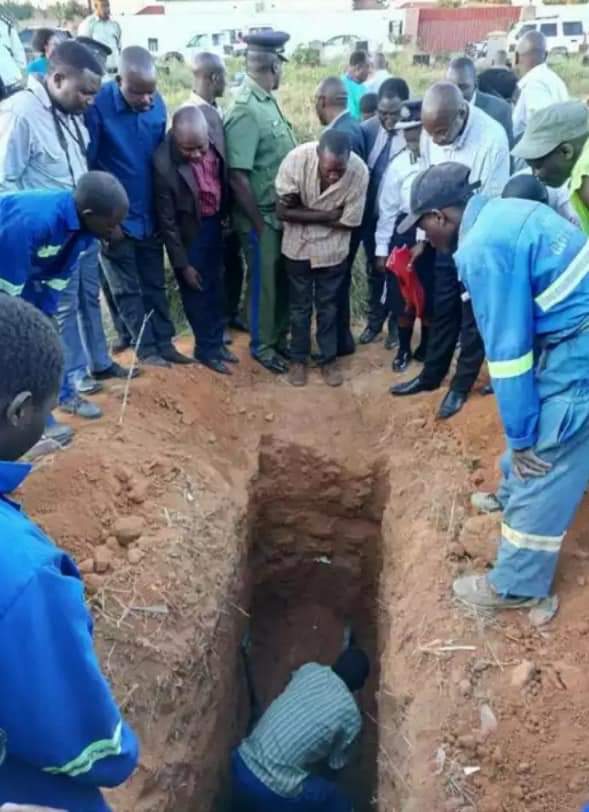 Residents of a town in Zambia were bewildered after a girl who was declared dead reappeared within the community two years after she was buried.

Read Also : So Pathetic, As A Beautiful Student Of Poly-Nekede Dies Of Kidney Disease.

The ‘dead’ girl, Winnie was gathered died after an illness and the body was taken to the mortuary and later to the church before she was reportedly buried.

The shocking incident of the girl’s “resurrection” happened yesterday in the quiet Masala town in Ndola, Zambia.

Read Also : A Beautiful Lady With Disability Shares Her Sad Experience, Thank God For Blessing Her With A Man..

The girl was said to have been buried at Mitingo cemetery only for her to walk back to home to the shock of her parents and neighbours.

The girl revealed that it was not her they buried but a banana tree.

The girl at the middle
‘I wasn’t buried at all. I decided to leave the villa for some certain reasons and took up abode in a different town. I felt the need to come back home and that is why am seen here. I am not dead at all’ she said.

Where she was buried
Hundreds of residents gathered at the Central Police where the parents and the girl were kept awaiting for a DNA test to be authorized and conducted on the girl.