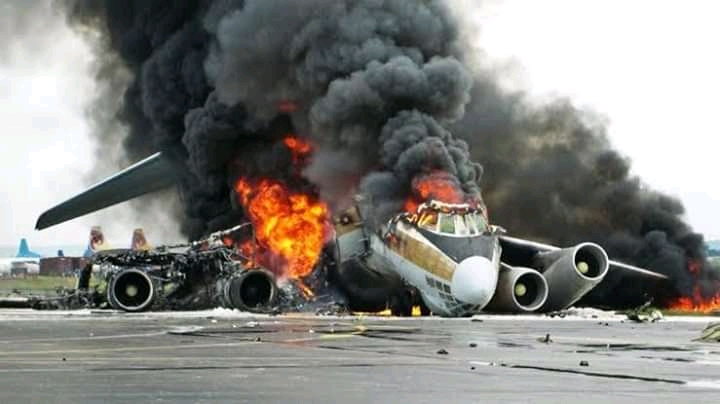 The Nigerian Air Force on Sunday confirmed that seven personnel onboard a Beechcraft KingAir B350i aircraft died when the jet crashed at the Nnamdi Azikiwe International Airport, Abuja.

Hotmedia.ng had reported that the aircraft en route to Minna in Niger State crashed close to the runway of the airport after reporting engine failure.

The Minister of Aviation, Hadi Sirika, in a tweet, described the accident as “fatal” and prayed for the “departed souls”.

Hotmedia.ng has been furnished with the list of five out of the seven person onboard the ill-fated NAF 201 B350 aircraft. They were