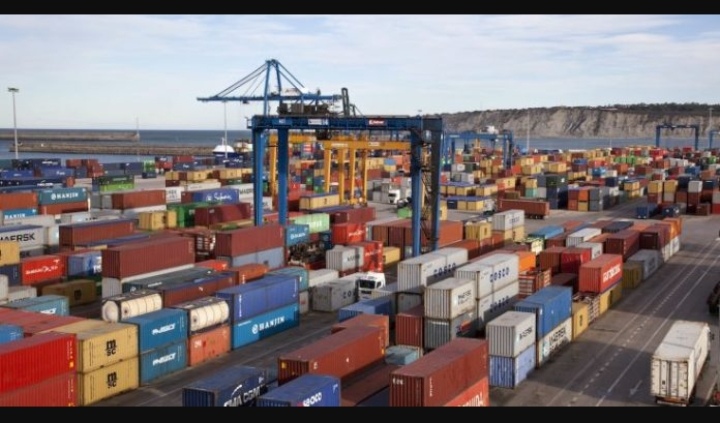 FG states why importers mostly use Lagos ports, to construct 3 new deep seaports
The FG has disclosed the reason why importers are reluctant of using other see ports in the country.

The Federal Government has identified insecurity as the major reason why importers and exporters mostly use Lagos ports and are reluctant to use the Port Harcourt, Warri and Calabar Seaports.

This disclosure was made by the Minister of Transportation, Rotimi Amaechi, while appearing as a guest at a Channels Television programme on Wednesday, February 17, 2021.

The Minister also pointed out that another challenge is that the Calabar and Warri ports cede so easily and so it’s difficult to continue to recede them regularly and as such the government had to take a decision on the construction of new deep seaports to decongest the Lagos ports.

What the Minister of Transportation is saying
Amaechi during the interview said, ‘’The Ministry of Transport or the NPA does not have the responsibility of determining where an importer or exporter will transact his business.

So if the importer or exporter decides to transact his business through Lagos, then there will be that congestion, it does not necessarily mean it is because the port is not efficient.

‘’The problem we have with congestion is that there is insecurity at the sea which we are addressing and we are having a battle with private interests that have captured security contracts from several government agencies or private investors or private companies that deal with maritime.

Now that we want part of the water because we have put a security infrastructure that will protect the water from beginning to the end of our international waterways, they are fighting back, they are doing all sorts of things, petitioning everybody, petitioning me, go to National Assembly, go to EFCC, go to NFIU, everywhere and I am just watching.

Again the Calabar port cedes just like the Warri port. They cede so easily, so its difficult to continue to recede them regularly, so what is the solution to that.

Lekki Deep seaport should be ready next year, 2022, I insisted on that because I want this current government to commission the project. He has also approved the construction of the Bonny Deep seaport;

we are currently trying to acquire land so that the construction can commence. It commences almost at the same time with Port Harcourt-Maiduguri rail line either by end of February or first week in March.’’ he said.

What this means
The construction and take-off of these 3 new deep seaports will help to significantly reduce the pressure on the Lagos ports and reduce the congestion in and around the facilities.

This will also help to improve the ease of doing business at the ports as importers and exporters complain of the harrowing experiences they go through including long delays they have to face to clear their goods and having to pay demurrage.
“The President has approved the construction of three new seaports:

Lekki deep seaport, to be ready next year; Bonny deep seaport- construction to commence at the same time with Portharcourt-Maiduguri rail line; and Warri deep seaport.”-Minster