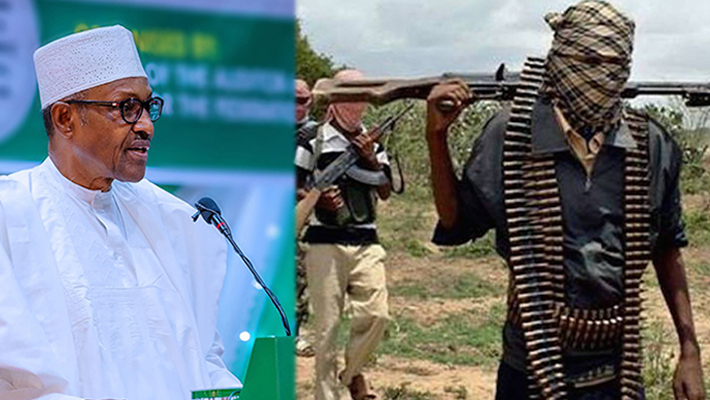 The President, Major General Muhammadu Buhari (retd.), on Tuesday, said weapons being used for the war in Ukraine and Russia were filtering into the Lake Chad and Sahel regions.

He, therefore, called for increased collaborative actions by border control agencies and other security services to stop the circulation of illegal weapons in the region.

“Weapons used in the war in Ukraine and Russia are also beginning to filter into the region,” Buhari told leaders at the Lake Chad Basin Commission’s 16th Summit of Heads of State and Government.

This is according to a statement signed by the Special Adviser to the President on Media and Publicity, Femi Adesina, titled, ‘President Buhari calls for tighter security around borders in the Lake Chad basin with the proliferation of weapons from the Russia-Ukraine war.

Buhari, who ended his tenure as Chairman of the Summit of Heads of State and Government, said although the threat from terrorists in the region had been relatively brought under control, the influx of weapons posed fresh challenges.

He said, “Despite the successes recorded by the gallant troops of the Multinational Joint Task Force and the various ongoing national operations in the region, terrorists’ threats still lurk in the region.

“Regrettably, the situation in the Sahel and the raging war in Ukraine serve as major sources of weapons and fighters that bolster the ranks of the terrorists in the Lake Chad region.

“A substantial proportion of the arms and ammunition procured to execute the war in Libya continues to find its way to the Lake Chad region and other parts of the Sahel.”

“There is, therefore, the urgent need for expedited collaborative actions by our border control agencies and other security services to stop the circulation of all illegal weapons in the region.”

Bidding farewell to his counterparts from the other five member states, Buhari urged them to provide the required political and material support for the LCBC/MNJTF