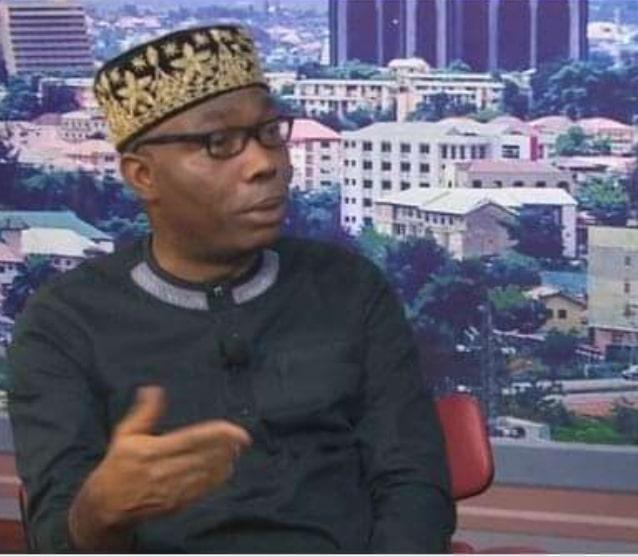 ….. Many Members Of National Assembly Are Vote Buyers

Presidential candidate of the Social Democratic Party (SDP), Adewole Adebayo has said there is not a single vote buyer in his party.

Prince Adebayo made this known on Channels TV, Sunrise Daily on Tuesday, where he decried the current issue plaguing the country’s democracy.

Meanwhile, the SDP presidential candidate claimed that the majority of the members of the 9th National Assembly are guilty of vote buying.

Adebayo said, “Majority of the people in the National Assembly are vote buyers, even though they are passing the law against vote buyers and they are desperately looking for money everywhere to buy votes.”

“So it is not difficult to just make us believe that this is an offence that can only be committed by the political class and the same political class is the one passing the law they know they are going to disobey.

“The problem of Nigeria is not that we are sinners, God can forgive us. But we are hypocrites, God can’t help hypocrites.

The SDP presidential candidate also said that anybody involved in that act of vote buying would be expelled from their party and assured that his party does not have anyone involved in such activity.

“So you look at the senatorial candidates, house of assembly candidates, governorship and house of representatives candidates, you can stop vote buying if every political party can say we will expel every candidate who engages in vote buying,” he said.

Adebayo also accused some of the candidates running for the 2023 presidential office of vote buying during the election primaries.

According to Adebayo, the way forward was to take a “moral challenge” to the candidates”

He said, “I think that the first thing we are supposed to do is to take a moral challenge to these candidates. SERAP asked us to sign an undertaking against vote buying and I think that they should make a ceremony out of that and let it be a part of the process but from the point of view of INEC.”

Meanwhile, against the backdrop of vote buying in Nigeria, the chairman of the Independent National Electoral Commission, Professor Yakubu Mahmood has restated the commission’s commitment to putting checks in place to ensure that the issue of vote buying does not happen in the 2023 elections.