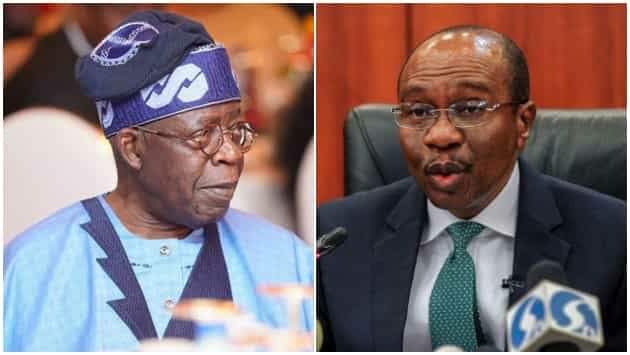 The Atiku Abubakar Presidential Campaign Organisation on Wednesday said Asiwaju Bola Tinubu, presidential candidate of the ruling All Progressives Congress (APC) is the one behind the plot to remove the governor Central Bank of Nigeria (CBN), Godwin Emefiele.

Tinubu during his rally in Abeokuta, Ogun state today specifically said the fuel crisis and the scarcity of the redesigned naira notes were artificially created to discourage people from voting for the APC and sabotage his election.

Tinubu said, “We will use our PVCs to take over government from them, if they like let them create fuel crisis, even if they said there is no fuel, we will trek to vote. They are full of mischief, they could say there is no fuel. They have been scheming to create fuel crisis, but forget about it. Relax, I Asiwaju have told you that the issue of fuel supply will be permanently addressed”.

“Tinubu has finally confirmed that all along he has been the one behind the plot to sack the CBN Governor, Godwin Emefiele. We have been wondering why they have been making several efforts to remove the CBN governor because he said there is no going back on the deadline for usage of old currency”.

“Every right thinking member of the society knows that one of the innovation of the Electoral reforms that all of us crave was the idea of stopping vote buying. Politicians oftentimes use money to buy votes, thereby inducing the people and the wishes of the people will not reflect in elections”.

“The Naira redesign has no correlation with the sabotaging of the election because ample time, which is one month was given to people to return the old notes”