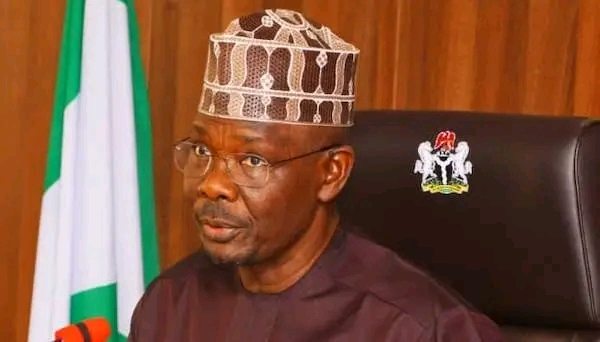 The blast vanguard gathered was targeted at people suspected to be bandits who have been terrorizing the residents along the border areas of Nasarawa and Benue states.

It was not clear at the time of filling the report whether the blast was carried out by the military forces, but sources said the blast would not be unconnected with the perceived act of terrorism between the Benue, and Nasarawa borders.

When contacted, the state Commissioner for Information, Culture and Tourism, Yakubu Lawal confirmed the incident.
He said the state government was aware of the blast disclosing that the Deputy Governor of the state, Dr Emmanuel Akabe has visited the last area to ascertain the incident. The Commissioner who declined to confirm the number of casualties involved called on the residents in the state particularly those in Doma and the adjoining villages to remain calm as the government was doing everything possible to get to the root of the matter.

Yes, there’s a blast that happened between Nasarawa and Benue state border, suspected to be an air strike, for now, it cannot be ascertained whether is from the military, it is within suspicion, maybe is as a result of surveillance from military operation.

“The deputy governor, Dr Emmanuel Akabe was deployed to the area, there were casualties but I cannot ascertain because is still undisclosed for now, the deputy will brief the governor when he comes back,” he said.

Also confirming the blast, the Public Relations Officer of the Nigeria police, Nasarawa state Command, DSP Nansel Ramham said there was an air strike, but could not state clearly whether the military forces were involved in the blast.

“We are aware there was an air strike around the Nasarawa, Benue border today, but what we are not sure is whether it was military forces or from other sources.
The state government has also confirmed the incident. The number of casualties has not been ascertained”, the PPRO stated.

It would be recalled that last Monday over six school pupils were kidnapped by suspected bandits in the Doma Local government Area of Nasarawa state where only 2 out of the school pupils have been rescued.

The Nasarawa State Governor Abdullahi Sule has confirmed that there was a bomb blast in a community close to the border between Nasarawa and Benue states.

The governor who revealed this while speaking to journalists on Wednesday narrated that the bombing incident happened on Tuesday at a place where a sizable number of cattle was kept.

The governor, therefore, alleged that his government has been working to ensure peace and stability are restored to the affected community.

He said, “It has to do with some Fulani who got to rescue their cows and after rescuing the cows, there was a bomb blast at the area where they gathered cows to bring them back to Nasarawa state.

“As a result of that, I have been on it all night, trying to solve the matter, Chief of Defence State, Miyatti Allah, all the security agents including our commissioner of people. Our deputy commissioners are on their way to Idoma, to ensure that we continue to down the tension that may generate as a result of this.

“And by the grace of God, we maintain peace in that area where such bombings are taking place.”

Meanwhile, several calls to the spokesperson for the state police command, Ramhan Nansel, seeking more information about the incident were not returned. He has also yet to respond to a text message sent to him as of the time of filing this report.

In October 2022, at least 46 people were killed in separate attacks by herdsmen on communities in Benue and Nasarawa states.

About 36 people were shot dead and their houses were burnt in an early morning attack in Gbeji, a community in the Ukum Local Government Area of Benue State. Also, at least 10 people including women and children were reportedly killed in a similar attack on farmers in Gidan Sule, Kardoroko area in the Keana Local Government Area of Nasarawa State.