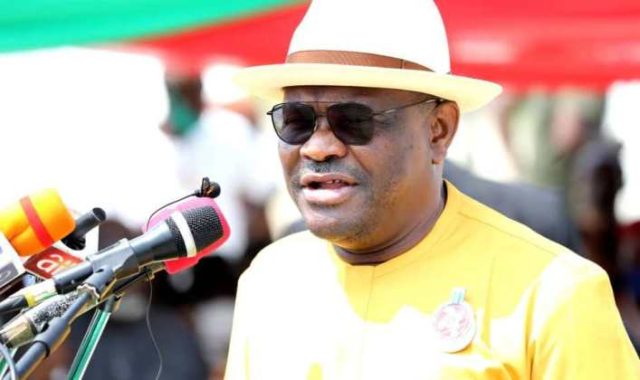 … Says insistence on equity seen as his political crime

Governor Nyesom Wike says the alleged plot within the Peoples Democratic Party (PDP) to punish him for insisting on equity and fairness in the party would make the party lose the presidential election.

Wike at the Rivers PDP Campaign rally on Wednesday in Mogho Town for Gokana Local Government Area said his insistence on equity, fairness and justice to be practised within the party has become a political crime for which the camp of the PDP presidential candidate, Atiku Abubakar, allegedly gears to punish him.

According to Wike God won’t allow his enemies to win presidency in the 2023 general elections.

Governor Wike described the perceived threats to deal with him as laughable as those threatening would never win at the polls, and consequently not have such opportunity to carry out their threats.

Apparently hitting at Atiku and party National Chairman, Iyorcha Ayu, Wike said, “Most of you have watched on YouTube where they said they will deal with me when they win. You can’t win.

“You’ve not won, you are threatening to deal with some people. Will God allow you? All of them planning and saying they will deal with us, they’ve not been born. I dare them, let them try it.”

He said the 2023 election would be about the use of the PVCs, the people’s power, and it would not be the experience in 2019 where officers of the Nigerian Army and police were allegedly used to intimidate voters.

Wike told Gokana people to be proud of their nativity and being citizens of Rivers State. According to him, no person can ever.

Wike insisted that he is a strong proponent of the principle of equity, fairness and justice because it is about the best way to foster inclusivity in PDP.

The governor pointed to the evil of denying other equal stakeholders due rights that will give them a sense of belonging, wherein the unity of purpose matters within a political party.

Rivers Governorship candidate of the PDP, Sir Siminialayi Fubara said at the rally that the party would win the election, but there was a need for the winning to be very convincing.

Fubara assured that when elected, his administration would continue in the performance footsteps of Wike’s administration, as he would do everything possible to sustain the security of life and property, and provide more roads and educational infrastructure in the area.